Tata Tea launches its latest version of #JaagoRe. It aims to raise awareness of one of the most obvious issues in our time – climate change. Over the past few decades, the implications of climate change have been unprecedented. According to Save the Children 2021, if global warming continues at current rates, babies born in the last decade will experience more heat waves, floods, droughts and wildfires than previous generations. will have. A similar UNICEF report states that about 1 billion children live in countries that have been described as “extremely vulnerable” to climate change.

If we want to protect our children’s future, it is important for us to fight climate change. Over the years, Tata Tea’s #JaagoRe initiative has become a clear call for social awareness to address key issues raised through the brand and platform, to stimulate and facilitate real change within society. With the current edition, Tata Tea #JaagoRe aims to highlight how climate change affects the average citizen and how it will affect our future generations. By making it personal and relevant, it is expected to encourage people to make small changes in behavior and take simple actionable steps together, which can help us fight climate change and therefore Can help this planet for the future of our children. Can make it better

In its 15th year, the Tata Tea Jaago Re platform with a new TVC has brought back the famous actor Pankaj Tripathi who was part of the first Jago Re campaign. Produced by Mullen Lintas, this TVC is releasing on World Environment Day (June 5). This reflects the fact that while a few degrees of heat can disturb the comfort of our home, we are still unaware of the rapid climate change, which is being exacerbated by rising global temperatures such as weather disturbances. Can be seen through Encouraging us to wake up and embrace climate change, the main message of the film is conveyed through a child, thus acting as a necessary reminder to all parents to work against climate change from now on. Do it so that it is not too late to protect the future of our children. .

Most of us remember our childhood in which outdoor activities had a proper place, but today as parents we are worried about sending our children out due to rising temperature, polluted environment etc. “Wake up, not for the future of your children, but for yourself,” TVC highlights the fact that climate change is sweeping, affecting families from all walks of life. The film urges all citizens to come forward and pledge their support to help fight climate change by doing their part through small daily initiatives. Through a microsite (Jaagore.com) people can help themselves by providing information on small daily interventions that can be made in the fight against climate change.

Commenting on the move, Puneet Das, President – Packed Beverages (India and South Asia), said, The power of the jaguar lies in the mobilization of a great social change collectively by highlighting the steps taken by the common man, while there has long been a debate on climate change and its negative effects. However, it is important to understand how children are most at risk in this context. The current edition of Tata Tea. That we do our best to give them a better future. It encourages parents and the general public to take small steps, such as choosing sustainable energy methods that can be reused. Can make the planet safer and better to live in. “

Garima Khandelwal, Chief Creative Officer, Milon Lintas added, “Jago is back in his 15th year with Pankaj Tripathi, who first worked and debuted as a politician in Jago Re-Commercial. The key issue that is urgently needed is action and attention to the future of our children. Indifferent to the changes that are taking place. At this stage of the campaign, Pankaj plays the role of an adversary and accepts climate change as “ongoing”, not realizing that nothing has been done. And what real impact will it have on future generations, and it is asking this generation to take the same concrete steps for their sake. And trying to see haste. 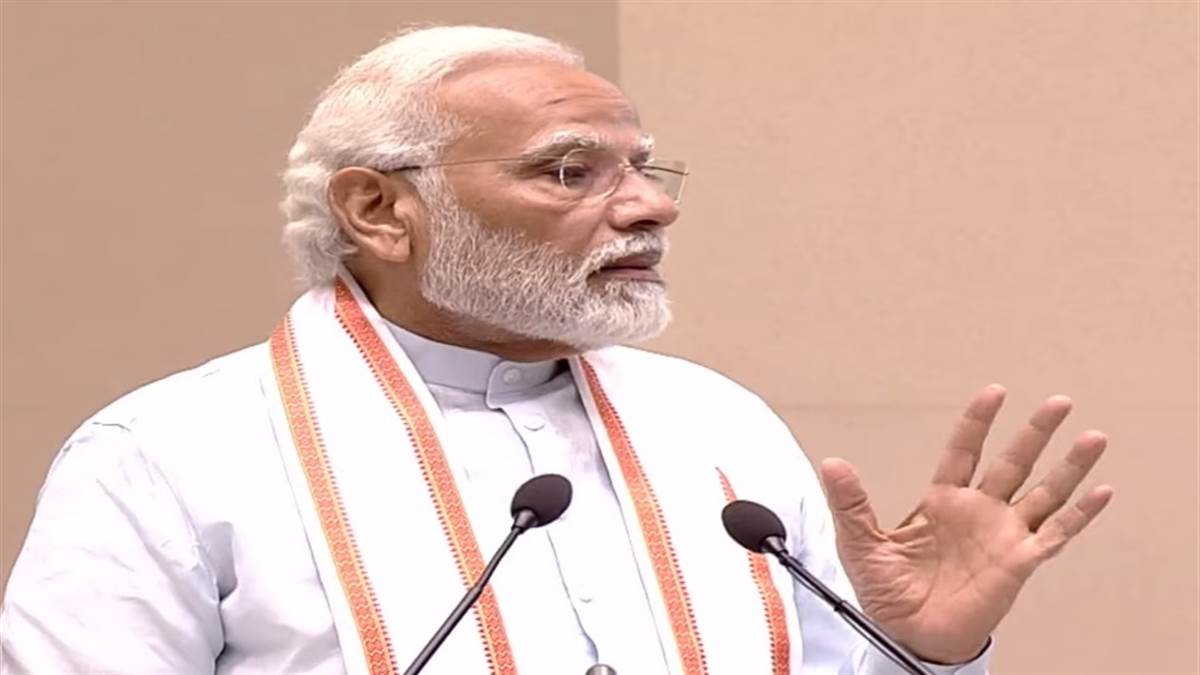 Next post World Environment Day: PM Modi gave 5 mantras to save the soil, read the big words of the speech