Weather Update: Rain and thunderstorm alert in these parts in next 5 days, find out the latest update of Meteorological Department.

Weather Update: The Meteorological Department said that showers and thundershowers are expected in Bihar, Jharkhand, Odisha and West Bengal in the next five days.
Resize the font.

Weather Update: The Meteorological Department has forecast rains in different parts of Bihar, Jharkhand, Odisha, Chhattisgarh and Goa. Conditions are favorable for further advance of southwest monsoon, IMD said. In the next two to three days, the monsoon is expected to move over parts of the Central Arabian Sea, Kerala, Tamil Nadu, Karnataka and the rest of the northeastern states. Rainfall is expected in Kerala, Mahe, Lakshadweep, Andhra Pradesh, Telangana, Karnataka, Tamil Nadu and Puducherry in the next 5 days of monsoon.

Heavy rain alert in these states

Over the next five days, strong winds of 40-50 km / h are expected in the southwestern Arabian Sea. Rain is expected from Lakshadweep, Kerala, Comoros and Gulf of Manar from June 2 to 3. The Meteorological Department has issued heavy rain alert in West Bengal and Sikkim. In the next five days, Bihar, Jharkhand and Odisha are expected to receive showers and thundershowers. Heavy rains are likely in Mizoram, Tripura, Assam, Meghalaya and Arunachal Pradesh till June 4.

Chance of light rain in Delhi

The temperature in the capital was 20.4 degrees Celsius on Tuesday morning, which is 7 degrees below normal. The meteorological department has forecast light rain in different parts of Delhi from Tuesday evening. According to IMD, heatwave is not expected in rain-affected areas of the country.

Previous post Hardik Patel joins the BJP on June 2, these leaders and ministers will participate in the program. 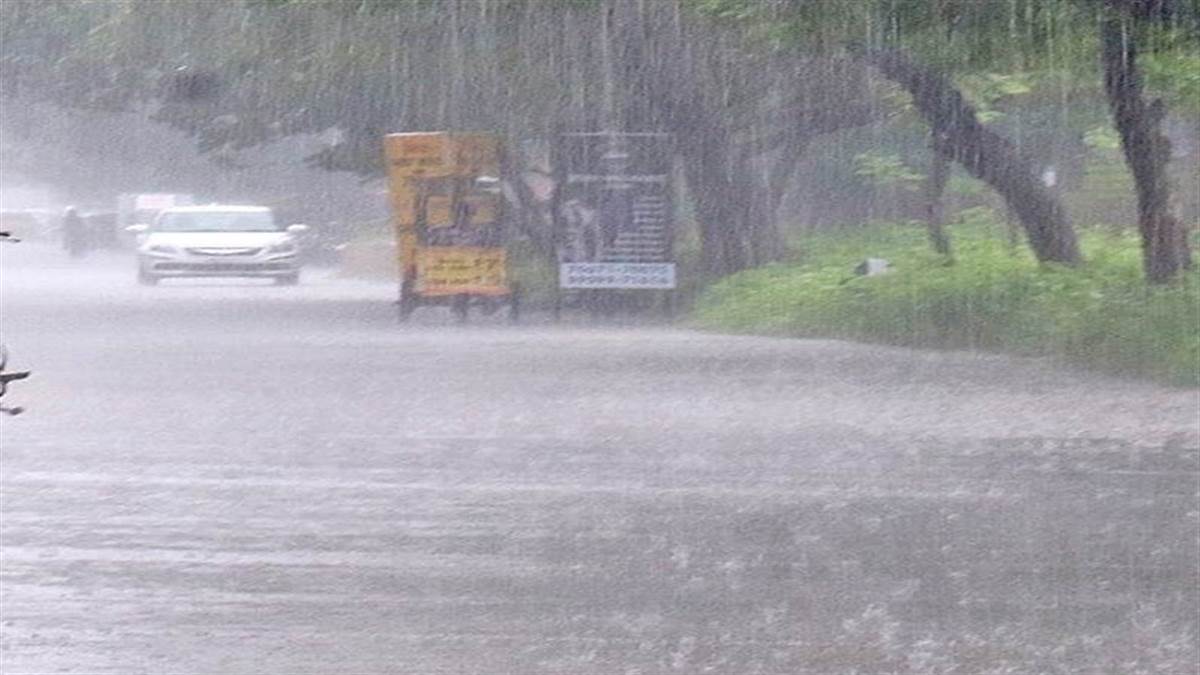 Next post Monsoon 2022: Meteorological Department releases monsoon forecast, find out how it will rain this year