Dog wedding: The dog and the bitch got married with great fanfare. The wedding was attended by 100 guests. The Tilak ceremony was held last week.
Resize the font.

Dog marriage: A marriage is a hot topic in Hamirpur, Uttar Pradesh. A dog and a bitch got married on Sunday in Bharwa Samarpur. This quarrel took place between the animals of two saints. Mansar Baba Shiva Temple is located in the valleys of Sonwankhar and Samnori villages. The devotee of this temple is Swami Dwarka Das Maharaj. He arranged the marriage of his dog Kalu with the pet bitch Bhuri of Mahant Swami Arjun Das Maharaj of Bajrang Bili temple of Chhachchh village. The saints married their pets and became samadhis. All the rituals of the procession were performed with rituals. The procession was taken out with pomp and splendor. Rituals of Dwarcher, Bhura and Cleva were also performed.

The procession went out with a dance.

The two saints invited their students and well-wishers to the ceremony by sending wedding cards. The procession left the Mansar Baba Shiva Temple with enthusiasm. The procession passed through the streets of Savankhar village. After that, the laborers of Parchh village of Modaha area received the barat. 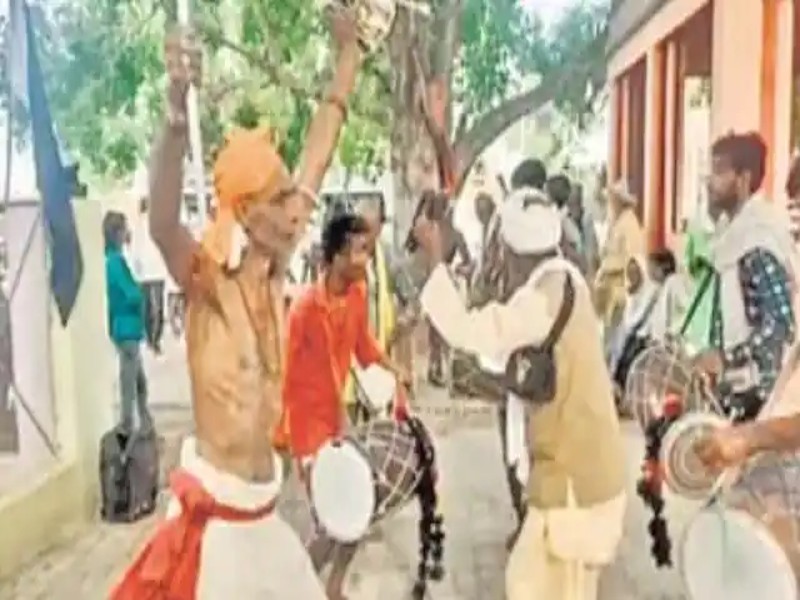 Decorated with new clothes and jewelry

The dog and the bitch were adorned with new clothes and gold and silver jewelry. Dishes were prepared for the guests. This unique marriage became a topic of discussion. The procession was attended by about 100 people from both sides. 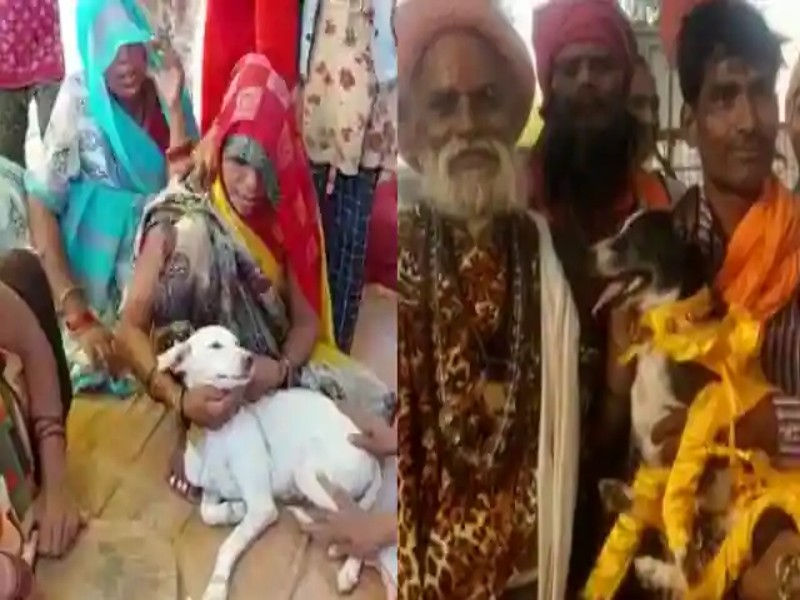 There was also a Tilak ceremony.

All the wedding ceremonies were performed. The Tilak ceremony was completed last week. In which 11 thousand rupees were offered in cash. When the pavilion was erected on June 3, the rite of Chakat was performed.