Video: Varun got very upset while getting on the bus

At one point, Varun got on the bus and went straight to bed.

Actors will remember that when making a film, they work as hard as they can to show reality from their side. They even have to read their own problems. Varun Dhawan has done the same in his upcoming film ‘Sui Dhaga’.

Varun is in the role of Mauji in the movie Sui Dhaga and this role of Mauji was not so easy. Because it is the story of an ordinary man who works in the sun and goes through many struggles. A video has recently been released by the filmmakers so that the hard work of Varun’s film can be clearly seen. In this video you can see how Varun was shot in the scorching sun and because of this he also suffered from dehydration. This video describes the problems encountered during the shooting. Varun said that when they were shooting in Delhi, it was very hot and they had to run behind the bus in the scorching sun. At one point, Varun got on the bus and went straight to bed. Seeing Varun doing this, the crew gets annoyed that what happened to Varun? But Varun says nothing too much has been dehydrated due to the heat.

The film is directed by Sarat Kataria with the theme ‘Make in India’. Varun Dhawan and Anushka Sharma will be seen in local incarnations. The film will be released in theaters on September 27. The film tells the story of a couple who start their own business. Varun Dhawan and Anushka Sharma are in the role of husband and wife in Sui Dhaga. The story of the film is Mamta (Anushka Sharma) and Maujir (Varun Dhawan). Mauji does a small job and is occasionally insulted by his boss. At the same time Mamata is a housewife. Mamata is very upset at her husband’s insult and advises her to quit her job and do her own thing. Mauji quits his job and starts a sewing business so that Mamata can help him. Gradually this business continues to grow and succeed. The story is about a man who started his own business after becoming unemployed. This means that the story of self-employment from the unemployed will be shown through this film. 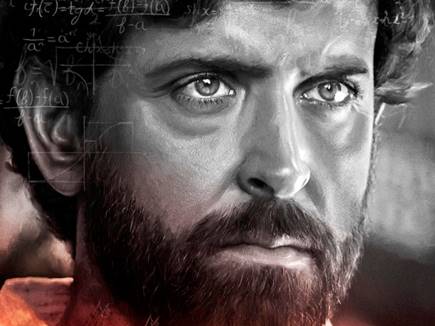 Next post Hrithik Roshan is the guru on Teacher’s Day, the poster of ‘Super 30’ has been released