Another song from the movie ‘Sui Dhaga’ has been released. Papun also sang.

Another song from Sui Dhaga starring Varun Dhawan and Anushka Sharma has been released. Papun also sang it, Papun’s song ‘Chaab Laga’ has already been released.

The lyrics of the new song are ‘Khatar Paata’. Of course, it can also be called the title song of this film. The music provided by Anu Malik in this song is very simple but the words are strong. The lyrics are written by Varun Grover.

Listening to Varun and Anushka’s song ‘Chaab Laga’ will remind you of an old hit which was released earlier. Papun’s song is reminiscent of ‘Moh Moh Ke Dhaage’. He also sang it in the same manner. OK, because its creator is Anu Malik. He teamed up with Papun in ‘Jor Laga Ke Haisha’. This picture is also of ‘Yashraj’.

Needless to say, the people who made this film made ‘Dum Laga Ka Haisha’ because you can understand from the environment of ‘Sui Dhaga’. The story of the job struggle was told in the trailer of the film, it remains to be seen whether the entertainment in the film is enough.

Varun and Anushka have come out of the comfort zone for this photo. Varun Dhawan and Anushka Sharma’s desi avatars are shown in the film directed by Sarat Kataria on the theme of Make in India. The film will be released on September 26 on the occasion of Gandhi Jayanti (October 2). The film tells the story of a couple who start their own business. Varun Dhawan and Anushka Sharma are in the role of husband and wife in Sui Dhaga. The story of the film is Mamta (Anushka Sharma) and Maujir (Varun Dhawan). Mauji does a small job and is occasionally insulted by his boss. At the same time Mamata stays at home and does housework. Mamata is very upset at her husband’s insult and advises her to quit her job and do her own thing. Mauji quits his job and starts a sewing business so that Mamata can help him. Gradually this business continues to grow and succeed. The story is about a man who started his own business after becoming unemployed. This means that the story of self-employment from the unemployed will be shown through this film.

Last week, a logo of ‘Sui Dhaga’ starring Varun Dhawan and Anushka Sharma was released. This is the first time such a logo has been released in Bollywood. This logo was completely different from the poster, teaser or trailer published before the release of the film. The logo of the photo has been sent to many places in the country not through computer but through embroidery. The logo was originally created in Kashmir, Orissa, Gujarat, Uttar Pradesh and Assam by traditional and expert embroidery handicraftsmen in different states. This logo was unveiled on the occasion of National Weaving Day on 6th August. 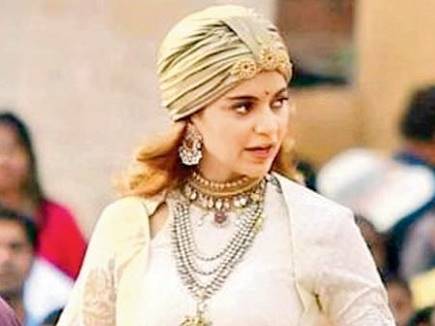 Previous post Trailer of ‘Manikarnika’, ready Kangana is going to be released on this date 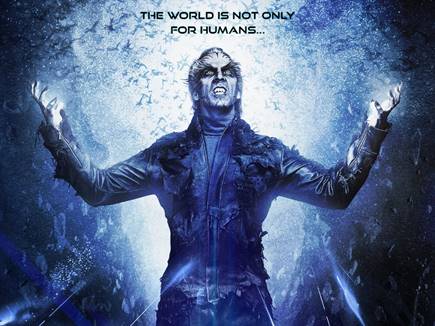 Next post Akshay’s ‘2.0’ teaser will come in two days, this thing will be special