Video: Two large warships of ‘Thugs of Hindustan’ were able to swim in this way

Build two ships and do the whole shooting by swimming in a fake pond, only ‘Yash Raj’ can take this risk.

After the release of the look of Aamir Khan and megastar Amitabh Bachchan’s movie ‘Thugs of Hindustan’, now it’s the turn of the trailer. Amazing trailer has been released which has been viewed more than 50 million times so far. Now a video has been released that describes the construction of the two ships seen in the trailer.

Looking at the video, it seems like a really great job in Malta. Build two ships and do the whole shooting by swimming in a fake pond, only ‘Yash Raj’ can take this risk.

This time a lot of fireworks will be seen on the movie screen in Diwali. The story of this film is no less about the great Starcast. After watching the trailer, it is known that it is going to be quite entertaining.

Earlier, Aamir, Katrina’s look has been revealed. Before that it was John Clive’s turn. The style of this dangerous officer of the British army is also worth seeing.

Earlier, Amitabh Bachchan’s look was released and then Fatima Sana Sheikh’s look. It allows you to listen to great background music. In this picture Fatima is a warrior. Aamir Khan also retweeted it from his Twitter account.

See also  Prabhas was annoyed in Hindi in the shoot of 'Saho', Shraddha Kapoor helped

The film will be released in Diwali this year. The logo of the film was unveiled in the first episode of the film’s promotion two weeks ago. Then another motion poster was released so that the superhero could enter first. His name is Khudabaksh in the film. Amitabh Bachchan looks like the leader of the group. Big beard mustache. Something like a witness to God. With knives and swords. Directed by Vijay Krishna Acharya, ‘Thugs of Hindustan’ is based on a novel. The film is said to be based on Philip Meadows Taylor’s novel Confession of a Thug, which came out in 1839.

Claiming to bring the biggest picture of its kind in Bollywood in the form of Hollywood’s Pirates of the Caribbean, it is now being brought to the fore.

Six motion posters were created with the six main characters in the film, which were released one by one. This poster was an introduction to these characters. For the first time in this film, two great actors namely Amitabh Bachchan and Aamir Khan are working. Along with these two, Katrina Kaif and Fatima Sana Sheikh also have important roles. Apart from them, there are Ronit Roy, Abdul Qadir Amin and Satyadev Kancharana.

As it is Yash Chopra’s birthday today, the trailer of the movie has been released on 26th September. Thugs of Hindustan, being released on November 8 this year on the occasion of Diwali, will be released in Hindi as well as Tamil and Telugu. 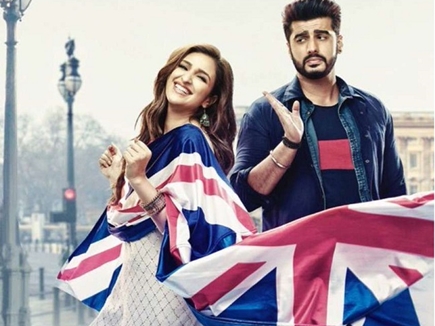 Next post Video: London tour in the second trailer of ‘Namaste England’