Video: This is how Aamir Khan and Amitabh greeted Diwali

He also requested to see the movie which is going to be released tomorrow.

As the release date of ‘Thugs of Hindustan’ draws closer, the popularity of the film is increasing. On the occasion of Diwali, the two big ‘thugs’ of this film have greeted the festival. Amitabh Bachchan and Aamir have shared this wish to their fans by releasing a video. He also requested to see the movie which is going to be released tomorrow.

After releasing a lot of information about the shooting of the film and its mass release, a song of Katrina Kaif has finally been released. Katrina has already shown her beauty and killer performance through a song from the same film. A new storm in style. Here is a glimpse of his new song ‘Manjur-e-Khuda’ …

Filled with terrifying shoals and embers, the song is based on a cat style with a dance troupe. The gold-clad Katrina has played the role of Suraiya Jan opposite Aamir Khan. The song is sung by Sukhwinder Singh, Sunidhi Chauhan and Shreya Ghoshal, with music by Ajay-Atul.

‘Thugs of Hindustan’ directed by Vijay Krishna Acharya will be released on November 8, on the occasion of Diwali. Apart from Aamir and Amitabh, the film also stars Katrina Kaif and Fatima Sana Sheikh. The picture was taken during the British period when the East India Company came here to do business and encountered a group of thugs. Amitabh is the chief of that tribe and the emir of his spies sent by the British to that tribe.

The film is being widely released in the country and in the world. The three-and-a-half-hour film is being released on more than 5,000 screens in India, including Tamil and Telugu versions in addition to Hindi. 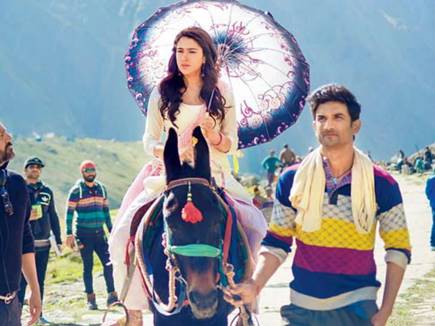 Previous post Protest has started in the debate on ‘Kedarnath’ 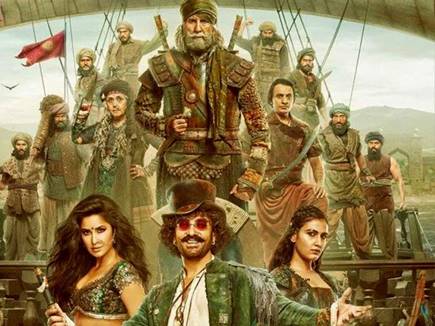 Next post Box Office: ‘Thugs of Hindustan’ can break 3 records in 4 days