Video: The song ‘Yeh Khabar Chapwa Do’ of ‘Luka Chuppi’ has been released

So far this song was being promoted through various videos, it was released today.

The first song of ‘Luka Chupi’ starring Karthik Aryan and Kriti Shannon has been released today. In fact, this special song based on Kartik Aryan and Kriti Sanon has been taken from Akshay Kumar’s film ‘Aflatun’. It is a remake of Akshay Kumar’s 1997 superhit song ‘Yeh Khabar Chapwa Do Akhbar Mein’ from ‘Aflatun’. A two-minute video has been released and will feature the entire Starcast of the film. It is sung by Mika. The film will be released on March 1.

Another video of this song has come out before its release. Apart from Karthik and Kriti Shannon, Akshay Kumar is also seen in the video.

We tell you that Akshay Kumar and Urmila Matondkar were seen in the original version of the superhit song ‘Yeh Khabar Chapwa Do Akhbar Mein’ from the 1997 film ‘Aflatun’. A remake of this song has been made after almost 21 years.

Akshay Kumar himself is promoting this song from the movie ‘Luka Chupi’. The video that Kartik Aryan shared on his social media account shows Akshay Kumar singing and dancing. While sharing the video, Karthik wrote in the caption that once again my favorite Mr. Khiladi will be with the poster. Akshay Kumar. Karthik Aryan and Kriti Sanon’s film ‘Luka Chupi’ is directed by Laxman Utekar. The song ‘Poster Chapwa Do’ from Kartik and Kriti’s ‘Luka Chupi’ will be released on Tuesday. The producer of the film is Dinesh Vijan. 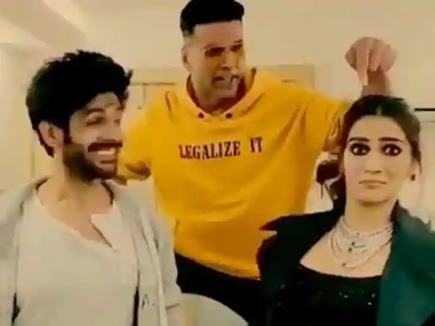 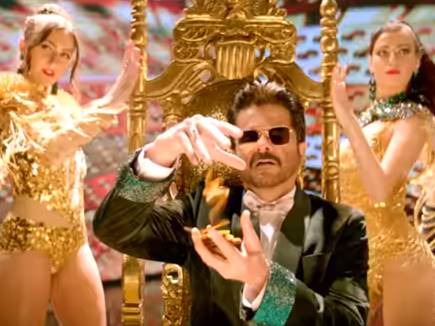 Next post Video: Listen to another remix … ‘Total Dhamal’ has ‘Paisa Yeh Paisa’