Video: All the spice in the trailer of ‘Genius’, remember many pictures

The background music seems to have been taken from pictures like ‘Chris’ and the story is reminiscent of ‘Kaho Na Pyaar Hai’.

The trailer of the debut movie ‘Genius’ starring Utkarsh Sharma, son of film director Anil Sharma has been released. The spice of all the hit pictures can be seen here.

Strange dialogue. The background music seems to have been taken from pictures like ‘Chris’ and the story is reminiscent of ‘Kaho Na Pyaar Hai’. Anil has spent a lot of money on ‘Tips’ in his son’s film because the sets are great, like seeing the locations.

One of its songs ‘Tera Fitur’ has been released before the trailer. Singer Arijit Singh has given voice to this song. The music is Himesh Reshammiya, it’s really like listening.

Utkarsh Sharma, who played Sunny Deol’s son Jeet in Anil Sharma’s movie “Ghadar: Ek Prem Kotha”, is back on the big screen. Utkarsh Sharma attracted everyone with his performance in ‘Ghadar: Ek Prem Kotha’. This time he is going to make a great comeback through the genius film. The teaser of this movie has been released recently and this time the teaser of the song is also in front of the audience. The words of the song are Tera Fitur .. Jab Chad Gaya Re …

We tell you that, with the innocence of excellence, there is a hint of his stunt ability in the film. The film also stars Nawazuddin Siddiqui who will be seen in a negative role. Produced by Deepak Mukut, the film will hit theaters on August 24 this year. Ayesha Jhulka and Mithun Chakraborty have important roles in this action love story. According to the information, ‘Genius’ is the story of a young man whose experiments are so different that they change our attitude towards science.

Let me tell you, many new stars are going to enter Bollywood this year. Sridevi’s daughter Jahnavi has entered the film world and Saif Ali Khan’s daughter Sara Ali Khan will make her Bollywood debut this year. In the midst of all this, Utkarsh is ready to show his strength on the big screen. After attending school in Mumbai, Utkarsh studied cinema in California. He then took a degree in acting and filmmaking from the Lee Starsberg Theater and Film Institute in New York. It would not be wrong to say that Bollywood is starting its journey with full preparation in such a situation. Before this film, director Anil Sharma has now made films like Tumhare Hawale Watan Saathi, Aapne, Bir and Singh Sub The Great G. 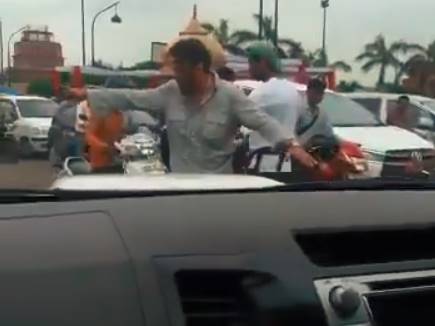 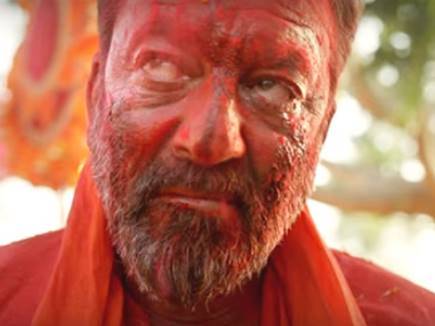 Next post Sanjay Dutt, angry with the media, left the interview