Bollywood’s “Mr. Perfectionist” is Aamir Khan. Aamir Khan has granted the Indian cinema industry numerous treasures in the past year, including “Taare Zameen Par” and “Secret Superstar.” The celebrity had to spend years making up for his errors and working on causes close to his heart. After demonstrating his talent in acting and filmmaking.

Aamir has produced several groundbreaking films regarded as some of the greatest in Indian cinema history. Lagaan, Taare Zameen Par, 3 Idiots, Rang De Basanti, and Dangal are a few of these. The box office king, however, also experienced some down times in his career when his movies struggled to recoup their production costs and performed poorly at the box office.

The top six Aamir Khan failed movies are listed below.

Aamir Khan’s debut failure as a director was Baazi. Aamir Khan and Mamta Kulkarni are both featured in the 1995 action-thriller movie. The movie cost Rs 32.5 crore to make but only grossed Rs 5.09 crore at the box office.

Following Baazi, Aamir Khan’s 1995 failure Aatank Hi Aatank was his second movie. Along with Rajinikanth and Juhi Chawla, it stars Aamir. It had Rs. 2.5 crore budget, and despite considerable difficulties, it was able to pay for itself. This is regarded as being among Aamir Khan’s worst films.

Mela is a well-known movie since it is often mentioned as one of the worst Bollywood films. Aamir Khan, his brother Faisal Khan, and Twinkle Khanna appear in the 2000 film. Twinkle wanted to stop acting after Mela became such a fiasco. Additionally, it ended Aamir Khan’s brother’s career before it ever had a chance to take off.

Aamir Khan produced the film Dhobi Ghat, which his then-wife Kiran Rao directed. Aamir appeared in this movie as well. However, his screen appearance couldn’t keep the movie from bombing the box office. Although it had trouble drawing crowds to the theaters, it was nonetheless able to reduce its production costs. 2010 saw the release of this movie.

When Thugs of Hindostan was due to open in theaters on Diwali 2018, expectations were unreasonably high following Dangal’s unprecedented success. It is a historical action-adventure movie that claims to bring the viewers something fresh as opposed to the same old Bollywood drama. It is one of the priciest Bollywood movies, costing Rs 300 crore to produce. The movie struggled at the box office despite having a star cast that included Aamir Khan, Amitabh Bachchan, Katrina Kaif, and Fatima Sana Shaikh.

Laal Singh Chaddha, played by Aamir Khan, is a recent addition to this list. Although the buzz for this movie was intense, its doom was already written when viewers began the boycott movement weeks before the movie’s debut. Aamir Khan, Kareena Kapoor Khan, Mona Singh, and Naga Chaitanya appear in this movie. Only Rs. 48 cr. of the Rs. 180 cr. Production budget’s first week’s take. The movie will be taken out of theaters, and if projections are accurate, Laal Singh Chaddha may not even surpass Rs 75 cr in lifetime box office profits in India. 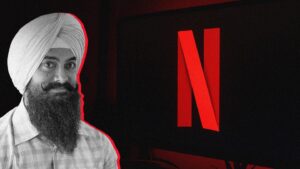 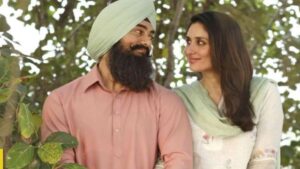 Next post Even before it was launched, Laal Singh Chaddha was a huge failure.