Vicky did a really amazing dance in the video with her friend Varun Dhawan.

Vicky Kaushal recently made headlines for her personal life after the success of the film ‘Uri’. News came a few days ago that Vicky Kaushal had a breakup with his girlfriend Harleen Sethi. Now after this so-called breakup, Vicky’s girlfriend is seen in a ‘first class’ mood. She has moved on in her life and will be seen dancing to songs with Varun Dhawan. Varun Dhawan posted this video on his Instagram account.

A # First Class Dance with @melvinlouis and @itsharleensethi who are incredible

In fact, Vicky Kaushal and Harleen Sethi hinted at a breakup on social media a few days ago. When Vicky was unfollowed by Harleen Sethi on Instagram, there was speculation that the two had a breakup.

Vicky and Harleen’s breakup indicated that Harleen also liked some posts on social media that pointed to the bitterness of the couple’s relationship. Harleen liked a post that read ‘Sorry now. It’s all over now. ‘ However, Harlin Sethi has not yet removed Vicky and her photos from her Instagram account.

Long ago, Vicky Kaushal admitted about the relationship on Karan Johar’s chat show ‘Coffee with Karan’. The show has seemed a bit unfocused in recent episodes, but Vicky Kaushal has been asked if she’s dating anyone. “Yes, I’m in a relationship and it’s brand new,” he said. He is the right person for me. Harlin was a TV presenter. He has also worked on a web series.

When Vicky arrived on Neha Dhupia’s chat show ‘No Filter Neha’, Neha asked her if you had to swipe right on Tinder, who would you choose? Neha also named Harleen in her alternatives. After hearing Harlin’s name, Vicky said – ‘Sahi, super up’. Vicky and Harleen first met at a party. Then both of them started liking each other. Previous post After the shooting, the team party, Akshay’s ‘good news’ will be on this date 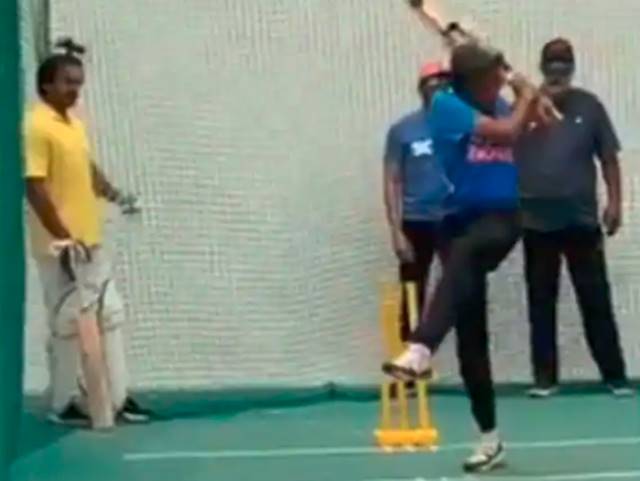