This big project stuck in Me Too, risking crores of rupees

The second season of the Secred Games series also seems to be in turmoil due to the MeToo movement.

Recently, the Me Too movement has taken Bollywood by storm. New information is happening every day. Every day new celebrities are getting flattened. Many seniors are also targeted. Support is coming from all the actors and filmmakers. He distances himself from films and filmmakers who have been involved in sexual harassment cases or have serious allegations against them by a woman. Because of this position of celebrities, the future of some films is balanced.

Hrithik Roshan’s film was supposed to be released in January next year. Super 30 is directed by Bikash Bahal. Bikash has been accused of sexual harassment against one of his colleagues. When MeToo gained momentum, Hrithik Roshan took to Twitter to take his position, saying it was difficult for him to work with people who complained of sexual misconduct. Hrithik has also requested his producers to take some drastic steps in this regard considering all the facts. Due to this, the release of the film may be delayed. There has been a lot of shooting for the Super 30. Now it remains to be seen who will replace the director. Hrithik is the first superstar to take such a stand in support of MeToo.

While issuing a statement in support of the MeToo movement, Aamir Khan walked out of Subhash Kapoor’s movie Mughal, accused of sexual harassment. Actress Geetika Tyagi had filed a sexual harassment complaint against Subhash Kapoor a few years back. The matter is still pending. The story of the film is based on the life of music mogul Gulshan Kumar and it was produced by Gulshan’s son Bhushan Kumar. Aamir was associated with this film only as a producer. However, there were rumors that Aamir may play the lead role in the film. Akshay Kumar was earlier cast in this film, but he left the film. Incidentally, an unidentified woman has also brought sexual harassment charges against the film’s producer Bhushan Kumar. The future of the Mughals was threatened after the Amir left.

80 percent shooting of this film has been completed. The next schedule after Jaisalmer was supposed to start in Mumbai, but Akshay Kumar’s shooting was canceled after allegations of sexual harassment surfaced against director Sajid Khan. This is the first time in almost 30 years that Akshay has canceled a photo shoot. Several women have brought allegations of sexual harassment against Sajid. Seeing the importance of these allegations, Sajid himself has given up the responsibility of directing the film. He made the announcement on Twitter. Sajid returned to management after a long absence, but lost this opportunity due to MeToo. Nana Patekar, the artist of the same film, has also been accused of sexual harassment. In fact, after Tanushree Dutt’s allegations against Nana, Me Too started in Bollywood. It is heard that the producer can also come to various places in the film.

Actress Flora Saini, who plays a ghost, has accused producer Gouranga Doshi of violence. According to the allegations, while he was dating Gaurang in 2007, Gaurang physically abused him. Flora wrote a long post on Facebook about this. Following Flora’s allegations, Aishwarya Rai Bachchan moved away from Gulab Jamun, which was producing Gouranga. Abhishek Bachchan was in the lead role with Aishwarya in this film. It is noteworthy that in 2007, when Flora made these allegations against Gauranga, Aishwarya spoke out in her favor, even when Gauranga drew and posed for pictures with Amitabh Bachchan.

See also  Box office: 'The Nun' has earned so many crores in just three days

Director Love Ranjan, who did Peer Ka Panchnama, has given a hugely successful film like Sonu Ke Titu Ki Sweety this year. An actress has accused Love Ranjan of sexual harassment during the audition for Peer Ka Panchnama. In an interview, the actress said that Love asked her to take off all her clothes during the audition so that she could see her body, as it was needed for the movie. The actress had to wear a bikini in the film. Love also asked the actress a number of personal questions, which had nothing to do with the film or the character. Hours after this revelation about love, Ajay Devgn issued a statement clarifying his position that his organization would not support anyone who has harassed an unmarried woman. After Ajay’s remarks, the future of those two films, directed by Love Ranjan and starring Ajay, is in jeopardy. One of the pictures is called De De Peer De.

I am disturbed by all the related incidents # Me too, My company and I believe in providing the highest respect and security to women. If someone has done wrong to an unmarried woman, neither the ADF nor I will stand up for it.

The second season of Sacred Games, Netflix’s original web series, also seems to be in trouble due to the MeToo movement. Vikramaditya Motwane, who has been associated with Sacred Games as a director, recently joined MeToo in the development phase. The author of the series, Varun Grover, has also been accused of sexual harassment. However, after Varun gave a complete reply, the woman deleted his tweets. According to media reports, Netflix is ​​reviewing the series.

See also  Actress Kirti Kalhari did push ups in lehenga, this is the reason. 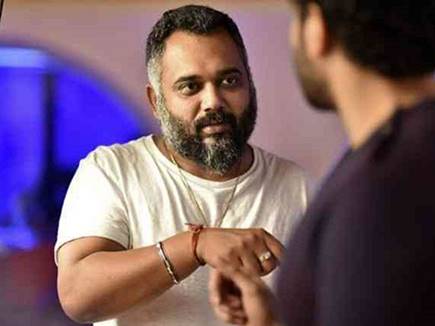 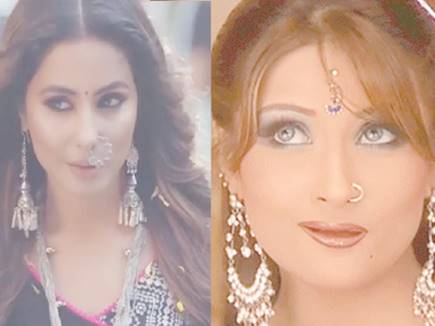 Next post Kasautii Zindagii Kay 2: Promo of Kamalika’s entry has come out!