Allahabad High Court has granted interim bail to Samajwadi Party MLA and former cabinet prime minister Khan in a hostile property case. However, he will not be able to get out of Sitapur jail in Uttar Pradesh. The court granted bail on bail bonds of Rs one lakh and two bails. The court has ordered Azam Khan to hand over the enemy’s property to paramilitary forces. Azam Khan is currently facing charges in several cases, including land grabbing in Rampur.

Police had recently filed a chargesheet against the SP leader in the court following a complaint in an old case. Warrants have been sent to Sitapur on the basis of charge sheet. The court had last week reserved judgment on Azam Khan’s bail application in the case of seizure of enemy property for the Muhammad Ali Johar University project.

The Supreme Court on Friday expressed frustration over the delay in hearing the MLA’s bail plea in a land grab case. MLA Azam Khan has already been granted bail in 88 out of 89 criminal cases. Meanwhile, the state government has applied for revocation of bail in a dozen cases. Which is pending in Allahabad High Court. Another new FIR has also been registered before Azam Khan’s release on bail.

A case of embezzlement of crores of rupees by the people

An FIR was registered against Khan and others for allegedly occupying enemy property and misusing crores of public money. The FIR also alleges that an Imam-ud-Din Qureshi had migrated to Pakistan during the partition and his land was registered as enemy property. However, Khan, with the connivance of others, seized a plot of 13.842 hectares. The Enemy Property Act deals with properties left in India by people of Pakistani and Chinese citizenship after the 1971 and 1965 wars. 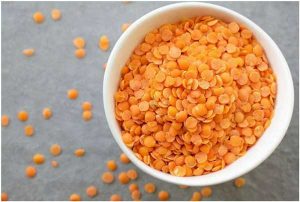 Previous post These 4 food items will help you lose weight and control appetite, the effect will be amazing

Next post Kidney stones are cured in women who have regular sex!