The Mumbai Cricket Association (MCA) has announced the squad for the Ranji Trophy, with captain Prithviraj Shaw as the captain. Arjun Tendulkar has also been selected in the 20-member team. For the first time, Arjun Tendulkar will get a chance in first-class cricket. However, the team has been announced for the first two matches. Mumbai will play their second match against Maharashtra on January 13-16 and Delhi on January 20-23 in Kolkata.

Also in the 20-member squad are Yashsvi Jaiswal, Sarfaraz Khan and Arman Johri. Aditya Tarek has also been named in the Mumbai squad. All-rounder Shivam Dubey, who has played an ODI for India and played 13 Twenty20 internationals, has also been selected for the Ranji Trophy. The selection committee has selected Dhawal Kulkarni, an experienced fast bowler, to lead the bowling attack.

Medium pacer Mohit Awasthi, left-arm spinner Shams Mulani, off-spinner Shashank Attarde and left-arm medium pacer Roystan Dias have been named in the squad. Fast bowler Arjun Tendulkar has also got a place in the team. The 41-time Ranji champions Mumbai have been placed in Group C of the elite nine teams and will start their campaign with a match against Maharashtra on January 13. 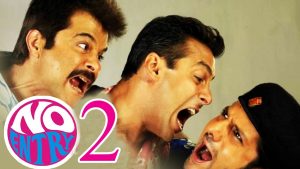 Next post Salman Khan, Anil Kapoor and Fardin Khan will do ‘No Entry’ again