Vijay Babu rape case: Southern superstar and Malayalam film actor and producer Vijay Babu is facing increasing problems. A rape case has been filed against Vijay Babu. On April 22, a woman filed a sexual harassment complaint against the actor. Although the actor clarified the matter on Facebook Live, the police have taken major measures in view of the woman’s allegations.

Police have issued a lookout notice (Vijay Babu lookout notice) against the actor in a sex scandal case. Police suspect he is out of the country. In addition to revealing the identity of the woman on Facebook Live, a notice was issued in exchange for a case of sexual harassment.

It is learned that Vijay Babu has been absconding since the case was registered. Police suspect the actor is out of the country. Now some reports are saying that their search has also started outside Kerala. Vijay Babu is the founder of the production house Friday Film House. He has revealed the identity of the victim, which is a crime. A case has also been filed in this regard.

The actor has been accused of having sex with a woman without acting in the film. According to sources, a resident of Kozhikode has filed a rape case against the complainant Vijay Babu.

According to the plaintiff, Vijay Babu first talked to her about working on the film, and invited her to his house and enjoyed a lot of physical pleasure with her. A case was filed against the actor on April 22. According to the victim, the police did not question the actor even after four days of the complaint. Police have not yet been able to trace Vijay Babu’s whereabouts. However, the allegations against the actor have caused a stir in the Malayalam film industry.

See also  Update 2.0: The High Court made this decision after the release of Rajinikanth-Akshay's picture

Notably, Vijay Babu is a prominent producer and actor in the Malayalam film industry. The number of fans of the actor is in crores. Vijay Babu has gifted many hit pictures in the industry. He has a production company called Film House on Friday. He has announced how many new films he will make from this production house. 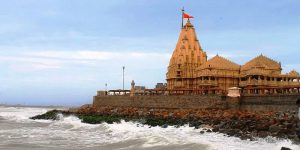 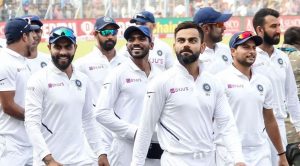 Next post Bad news for Indian cricket fans, the whole tour of South Africa will be canceled!

Mumbai - Many a times Bollywood beauties have to be embarrassed to appear in front of the camera after wearing...

Mumbai: Mumbai: On the one hand, as the power of the southern picture is increasing, on the other hand, a...

Mumbai - Bollywood actress Nora Fatehi is not interested in any identity today. Because of her talent and beauty, she...