The famous couple is coming together, Varun and Sriram Raghavan are ready to work on a thriller again.

Fans of Varun Dhawan cannot forget ‘Badlapur’ through which the actor changed his image. Now the news is that the Badlapur duo i.e. director Sriram Raghavan and Varun Dhawan, who came three years ago, are bringing a new thriller again. Recently, it has been reported that the second episode of ‘Badlapur’ will be made, for which preparations have already started. ‘Badlapur’ director Sriram Raghavan has confirmed that he is going to make a thriller with Varun but it will not be a sequel to ‘Badlapur’. It will bring new stories to the film. The film will be produced by Dinesh Vijan. The story of the film will not go beyond the first episode, but it will be a new film, the name of which has not been decided yet. Exemption from his punishment will be seen. Work on the film will also be announced next year.

Apart from Varun Dhawan, Nawazuddin Siddiqui, Radhika Apte and Huma Qureshi have also acted in ‘Badlapur’. Through this film, Varun has changed the image of his dance and comedy. Varun is currently working on Karan Johar’s film ‘Kalank’. He will then work with Katrina Kaif in a dance-based film. His ‘battlefield’ picture is also in the pipeline.

Recently, it was reported that Varun Dhawan has asked for Rs 21 crore for shooting ‘ABC 3D’ with Katrina Kaif. It will be like his hard work. Not only that, Remo D’Souza is going to direct the film. This photo will be shot in 3D. It is said that films like ‘Sui Dhaga’ and ‘October’ cannot be considered as money making films but Varun Dhawan is considered as the most bankable actor in Bollywood. The producer of the film has also agreed to pay him so much money to make this film and because of this he has now joined the league of Ranbir Singh and Ranbir Kapoor. Katrina Kaif is playing the role of a Pakistani dancer in this film. Shakti Mohan will also be seen in an important role in this film.

See also  'F ... Se Phantom' will no longer be heard, the partners have closed the banner 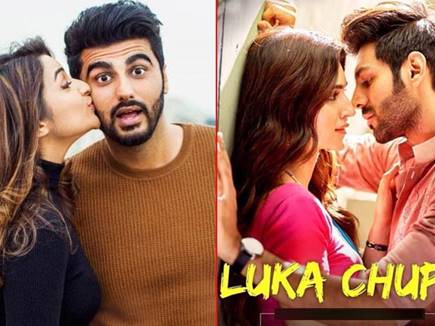