One of my favorite manufacturers of gaming laptops is MSI. The business sells gaming laptops of every size and style. Devices like the MSI Raider GE76 12UHS have been developed to give the optimum cooling solution for high sustained performance, even if some of its solutions feature a small profile design for power efficiency.

A 17.3-inch LCD screen with a 360Hz refresh rate and a native resolution of 1920x1080p is featured on the MSI Raider GE76 12UHS. The MSI Raider GE76 12UHS also comes in another version with a 4K resolution and 120Hz refresh rate. In particular, if you are coming from a 15-inch gaming laptop, the display is not crisp due to the 1080p panel being stretched across a 17.3-inch surface. The MSI Titanium Blue coating on the metal cover gives it an icy silver-blue appearance. The only drawback is that streaks are noticeable, which is a little uncommon for a gaming laptop. Even if the hinges and edges are slightly accentuated, and the back has a lot of vents, MSI has managed to avoid the overt “gamer” look. Although the MSI dragon badge is striking, it is the only branding you will encounter.

The keyboard boasts per-key RGB LED illumination, but MSI chose a more subdued, frosted tone instead of the vivid colors you might anticipate. You may rapidly swap patterns or turn off the eye-catching effect by utilizing the Fn key shortcuts.

None of the keyboard’s keys are overly tiny in terms of arrangement. There is no paging block, but there is a full-sized number pad. It could be difficult to adjust at first to the Fn shortcut key to the right of the spacebar. Instead of the Fn row, the arrow cluster has shortcuts for changing the volume and screen brightness. To make it harder to push unintentionally, the power button in the top-right corner is slightly stiffer than the rest.

Price of the MSI Raider GE76-12UHS in India

Internationally, MSI has introduced several Raider series variations with various features. The specs won’t all be accessible in India in all permutations and combinations. There are two alternatives available here. The MSI Raider GE76-UGS starts at Rs. 2,85,990 and has a 17.3-inch QHD 240Hz screen, GeForce RTX 3070 Ti GPU, 16GB of RAM, and 1TB SSD. The Raider GE76-UHS variant’s price jumps to an eye-popping Rs. 4,81,990 since it contains a Core i9 CPU, GeForce RTX 3080 Ti GPU, 32GB of RAM, 2TB SSD, and a 4K 120Hz screen. Additionally, the Raider GE66 series comes in 15.6-inch screen sizes and is available for Rs. 2,79,990 and Rs. 4,47,990 for similar variations. All of these prices are official; retail listings are a little cheaper. These computers are unsuitable for those who are weak of heart.

There are two user-accessible slots, and DDR5-4800 memory may be used for up to 64GB. Additionally, two M.2 slots are supplied by PCIe 4.0 lanes, so upgrading shouldn’t be too difficult. The review unit included two 1TB Samsung OEM SSDs and 32GB of dual-channel DDR5 RAM. There is Bluetooth 5.2 and Wi-Fi 6e. The 99.9Wh battery was selected to achieve the maximum permissible capacity on commercial flights, and you also receive a substantial 330W charger in the package. 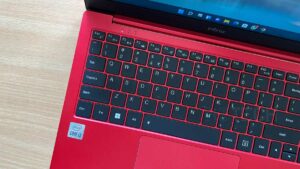 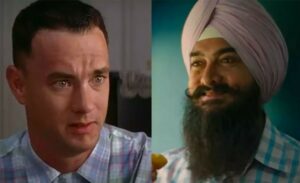