Mohali second bomb blast: Punjab is on high alert since the attack. Chief Minister Bhagwant Mann had sought a report from the DGP.

Mohali Second Bomb Blast: An investigation is underway into the attack on the Intelligence Department headquarters in Mohali, Punjab on Monday night. An RPG (rocket propelled grenade) was fired at the third floor of the building, smashed a window and went inside, but did not explode. Police launched a fresh investigation Tuesday morning. After the high level meeting, DGPVK Bhura said that we have the leadership. The case will be resolved soon. According to the investigation so far, the two suspects came in a white Swift Desire car and launched an RPG about 80 meters from the intelligence office building. Police found about 7,000 mobile phones in three mobile phone towers near the site of the blast. Eleven suspects have been detained. Meanwhile, Chief Minister Bhagwant Mann has said that those who try to spoil the environment of Punjab will be severely punished.

Mohali RPG Attack: What is RPG?

An RPG (Rocket Propelled Grenade) is a portable rocket launcher used to fire grenades. It can be carried by one person. RPG is also used as an anti-tank weapon. The entire area has been sealed off and a high alert has been declared in the state. Chief Minister Bhagwant Mann has sought a report from Bhura of DGPV. It is alleged that the bomber struck shortly after noon in front of a police recruiting center.

Shortly after the incident, senior officials including ADGPRN Doc, IG Intelligence and Mohali SSP rushed to the spot. The forensic team has begun an investigation. The boundaries of Sohana Hospital are in front of the Intelligence Department Headquarters located in Sector 77. Adjacent to the hospital is the intelligence department parking lot. This area is completely empty. That is why a search operation was conducted in Sohana Hospital. Footage from all CCTV cameras at the scene is being examined. The maximum range of RPG is 700 meters. Police officers suspect that the RPG was fired from the vicinity. Meanwhile, former Chief Minister Capt Amrinder has expressed concern over the incident.

Attack on the “brain” of Punjab Police

Amid the deteriorating law and order situation in the state and the incidents of drones coming from Pakistan, the attack on the Punjab Police Intelligence Department in Mohali has shaken the state government. Police are officially calling it a light blast, not a terrorist attack, but the fact is that the attack was carried out on the “brain” of the Punjab police. The headquarters of the Intelligence Department in Sector 77 is the office from which all intelligence information is collected. From here, information is also sent to the central government and the Central Intelligence Agency. The manner in which the attack took place cannot be ignored. Because recently a Tiffan bomb was seized near the wall of Badil Jail in Chandigarh. 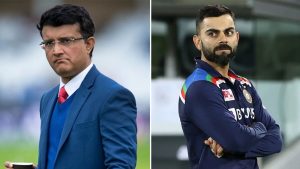 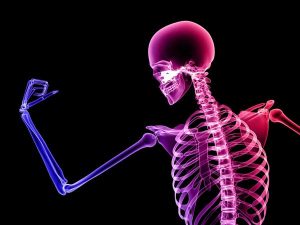 Next post World Osteoporosis Day: These 5 Things Must Be Included In The Diet To Strengthen Bones