Weather update 18 May , Southwest monsoon winds have entered the Andaman and Nicobar Islands and are rapidly advancing towards Kerala. Temperatures have dropped sharply in many states since the onset of pre-monsoon activities. According to the Meteorological Department, some parts of the region are likely to be free from storms, thunderstorms and thunderstorms in the next few days. The scorching heat in Delhi-NCR seems to have brought some relief. There is a possibility of rain in Uttarakhand, Meghalaya, Kerala, Assam and many more states in next 7 days. The IMD said southwest monsoon winds had advanced into the Andaman Sea and adjacent south-east Bay of Bengal.

The rain is just moving.

According to IMD, southwest monsoon will continue for the next 2-3 days. The Meteorological Department says monsoon winds are still favorable for progress. Light to moderate rainfall and thunderstorms are expected in Jammu and Kashmir, Himachal Pradesh and Uttarakhand due to the impact of western disturbances on Central Pakistan.

Rains will come to Kerala on May 27.

According to the Meteorological Department, southwest monsoon winds will start from Kerala on May 27. The Andaman and Nicobar Islands and adjoining areas are getting rain due to strong south-westerly winds. The weather in Jammu and Kashmir will be milder than last week due to western disturbances. There is a possibility of rain on Saturday and Sunday. 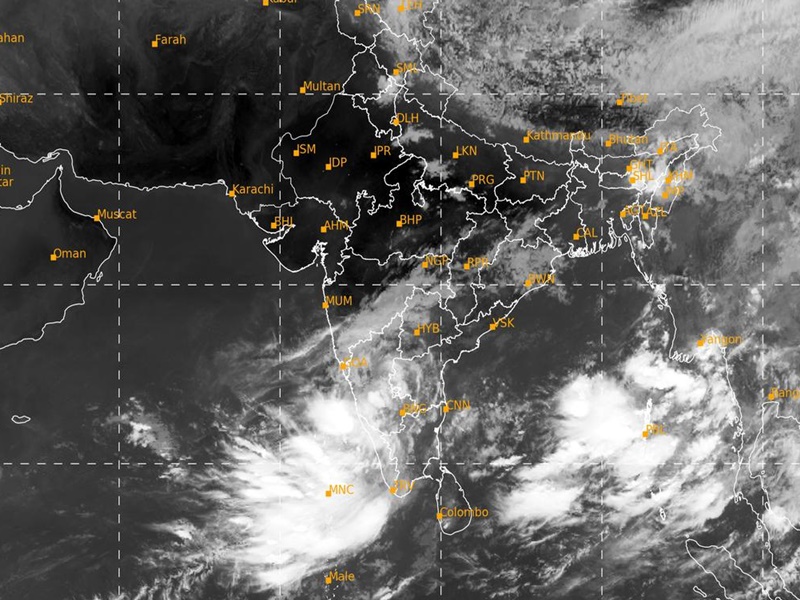 Previous post Weather Update May 18: Find out where the monsoon has reached, there may be light rain in these states