Skip to content
HomeIndiaMay 16: In 2014, the tide turned in Indian politics, with the BJP gaining a majority for the first time.

May 16: In 2014, the tide turned in Indian politics, with the BJP gaining a majority for the first time.

May 16 is a very special day in the history of Indian politics because on that day the BJP came to power with an absolute majority.
Resize the font.

Dated May 16, 2014: May 16 is a very special day in the political history of the country. The results of the 16th Lok Sabha elections were announced exactly eight years ago on May 16, 2014 and the political situation and direction of the country had taken a new path. By the afternoon of May 16, 2014, it was clear that the BJP was going to record a historic victory and that the Congress, which had ruled the country for decades, was heading for its worst days. The results of the 2014 Lok Sabha elections proved to be historic in many ways. Narendra Modi came to power and the BJP became stronger. And the Congress has been weakening year by year. Today the situation is that the country’s largest party has barely succeeded in forming a government in two states.

The results of the 2014 Lok Sabha elections proved to be historic and changed the politics of the country in many ways. For 30 years after 1984, no political party other than the Congress was in a position to form its own government with an absolute majority. But this year the BJP came with an absolute majority and is still standing. The BJP, which won 282 seats in the 2014 Lok Sabha elections alone, formed a government with its NDA allies and Narendra Modi was sworn in as Prime Minister on May 26, 2014. The Congress, which led the Manmohan Singh-led government for 10 years and ruled the country for the longest time, came to a standstill in this election with its worst defeat at 44 seats.

After Modi became the Prime Minister, the BJP’s base began to grow rapidly. In 2017, the BJP returned to power in Uttar Pradesh, the country’s largest state, after ending 14 years of exile. BJP governments are still being formed in the northeastern Indian states. On the other hand, the situation of the Congress is that during the 8 years of Modi government, it is becoming difficult for the old party to survive this year. 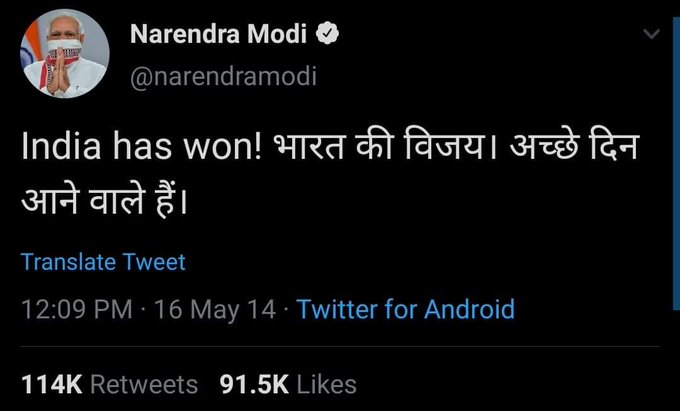