Lunar Eclipse 2022: Know What is Blood Moon? Look at the lunar eclipse on May 16

Lunar Eclipse 2022: The first lunar eclipse of the year 2022 is scheduled for May 16. When a unique event called Blood Moon occurs.

Date and time of lunar eclipse

Two lunar eclipses in the year 2022

We tell you that there will be two total lunar eclipses in the year 2022. The first lunar eclipse will be on May 16 and the second on November 8.

The lunar eclipse will be visible in India.

The lunar eclipse on May 16 will not be visible in India. Although it will be seen throughout South America and the eastern parts of North America.

What’s going on in the night sky for May? A total lunar eclipse will be visible in the Western Hemisphere on May 15-16, and opportunities to see two great planets will be at the beginning and end of the month. When and where to look: pic.twitter.com/R9fZ3EM55V

What is Blood Moon?

Blood Moon will also be visible during the lunar eclipse on May 16. It is a phenomenon that the moon appears red in a total eclipse. In fact, when the moon is completely covered behind the shadow of the earth. Then there is no sunlight. But the moon is not completely black. It looks like red. That is why it is also called the red or bloody moon.

The gas in the earth’s atmosphere turns it blue. At the same time, the red wavelength crosses it. This is called Rayleigh Scattering. This makes the sky look blue and the sunrise and sunset look red. During a lunar eclipse, a red wavelength passes through the Earth’s atmosphere. Due to the atmosphere, it faces the moon. Here the blue color is filtered. Due to which the color of the moon looks red.

How to watch a lunar eclipse on May 16?

A lunar eclipse will not be seen in India on May 16. The lunar eclipse can be seen on NASA’s Facebook, YouTube and Base websites.

Previous post Walking at this time is the most beneficial to lose weight, sugar will also be under control 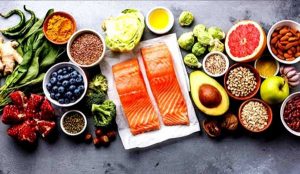