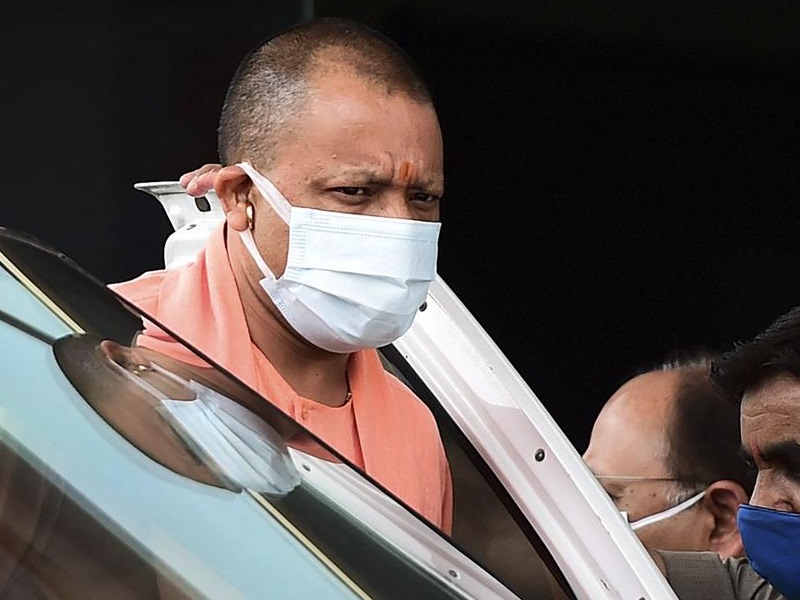 Lockdown in 2022: Night curfew announced in UP too, learn timing, schools closed till January 14

Lockdown in 2022: Election rallies in Uttar Pradesh may be canceled. Along with the BJP, the Congress has also hinted at this.

Lockdown in 2022: The third wave of Corona hit the country. That is why many states have imposed restrictions like lockdown. The latest news is coming from Uttar Pradesh. The government has issued a new guideline with restrictions. Night curfew has also been announced in UP. Night curfew will be in force from 10 pm to 6 am. In addition, where the corona infection rate is more than 4%, hotels, restaurants, gyms, pubs will be opened with 50% capacity. Now the severity may increase in those states where more than 1000 cases will come daily. Earlier, a major decision was taken to keep the school closed till January 14. Election rallies may also be canceled.

Night curfew, then weekend curfew … Lockdown should not be imposed anywhere.

Restrictions began with a night curfew. In the last days of the year, most states announced night curfews in place. Now, in the first week of the new year, the situation of weekend curfew has come. Its guidelines were issued on Saturday and Sunday in Bihar as well as Delhi. Mumbai, Gujarat, Rajasthan, Madhya Pradesh, Karnataka, Tamil Nadu, Kerala, Andhra Pradesh are among the states where the situation in Corona is becoming increasingly explosive. It is feared that if conditions do not improve, governments will have to step up their crackdown and may have to resort to a complete lockdown to control the infection. Where to know the situation of the whole country.

A weekend curfew has been imposed in the national capital, Delhi. The decision has been taken by the DDMA, the Delhi Disaster Management Authority. A meeting of the DDMA was held under the chairmanship of Lieutenant Governor Anil Bejal, after which Delhi Deputy Chief Minister Manish Sisodia made the announcement at a press conference. According to the decision, there will be a weekend curfew in Delhi. Grocery stores will remain open. Only 50% of the staff will work in private offices. Working from home in government offices will apply. Only essential services offices will remain open. The bus and metro will run at full capacity but no one will be allowed without a mask.

Let me tell you that the national capital Delhi is one of the states most affected by Corona. According to the Delhi government’s formula, if the infection rate goes above 5%, a complete curfew will be imposed. Now the rate is 6%. In the last 24 hours, 4100 cases have been registered here due to the rapid increase in Corona cases.

The national capital, meanwhile, has seen an increase in corona virus infections since the last week of December. Delhi recorded 4,099 new cases on Monday, 28 per cent higher than the previous day’s count and the positive rate is now 6.46 per cent. In the last two days, about 84% of the cases in the national capital have been due to the new strain of the new corona virus, Omekron, said Delhi Health Minister Stander Jain. On the growing issue in Delhi, the minister also said that further restrictions would be imposed if the number of patients in hospitals increased. Stander Jane said that within a week, the number of code cases will be on the rise.

See also  UIDAI has given great facility to pensioners, now it will be easy to work through this app, learn how

The new year began in Corona.

Earlier, the new year began in the country amid fears of Corona. Just three days into the new year, many states have imposed lockdown-like restrictions. After Haryana, the governments of West Bengal and Rajasthan have also imposed an unannounced lockdown. Earlier, schools in Haryana were closed till January 12. At the same time, new restrictions have been imposed on the public. According to Haryana Health Minister Anil Vij, malls and bazaars in Gurgram, Faridabad, Ambala, Panchkula and Sonipat will remain closed till 5 pm. Only those who have received both doses of the vaccine are allowed on public transport, hotels, restaurants, malls, and grain markets. Meanwhile, there are constant reports from Maharashtra that the Adu Thackeray government is considering a lockdown. Delhi, UP, Kerala, Tamil Nadu, Karnataka, Madhya Pradesh, Gujarat, Rajasthan and Telangana are included in the list.

In view of the rising number of corona cases, the Rajasthan government on Sunday issued new guidelines to curb the spread of the infection. According to the new guidelines, public and private schools in Jaipur will be closed for classes 1 to 8 from January 3 to January 9, 2022. ,

The Haryana government on Saturday announced several bans in five districts, including Gurgram, Faridabad, Ambala, Panchkula and Sonipat. The bans went into effect at 5:00 a.m. Sunday. These restrictions will remain in effect until 5 am on January 12. All cinema halls, theaters and multiplexes in these five districts will remain closed for 10 days. Sports complexes and swimming pools will also be closed. Offices will operate with 50% attendance, while malls and markets are allowed to open until 5 p.m. The government order states that bars and restaurants are allowed to operate with 50% seating capacity.

The year started with night curfew, now lockdown is possible.

Night curfews have already been imposed in most states. New Year’s celebrations are banned. Very few people could gather where it was allowed. However, the first month of the new year (January 2022) will also pass under restrictions. Maharashtra, Delhi are among the major states where lockdown can be imposed. Section 144 will continue in Mumbai. It is thought the night curfew will be extended to prevent infection.

See also  The Election Commission has announced by-elections. Voting will take place today in four states including Bengal and Chhattisgarh

Amid rising Corona cases, the central government has appealed to states and union territories to remain vigilant. In India, more than 10,000 new cases have been recorded in one day, the highest in 33 days. The government has stressed the need to be more vigilant in the face of an increase in coronavirus infections. The Union Ministry of Health has warned of the danger in eight states and the Union Territory. These states are Delhi, Haryana, Tamil Nadu, West Bengal, Maharashtra, Gujarat, Karnataka and Jharkhand. At the same time, night curfew has been imposed in most of the states and people have been urged to stay at home and celebrate New Year. Haryana and Puducherry have also joined the new states to impose night curfew.

Night curfew imposed in these states of the country

Haryana: According to ACP Preet Pal, the curfew will be in place from 11 pm to 5 am as per the order of the Haryana government and therefore people will not be allowed to go out except for necessary services. We ask people to follow the guidelines and celebrate the New Year in their homes.

Delhi: The national capital has issued a ‘Yellow Alert’ in view of the increasing number of Kwid 19 cases and daily positivity of more than 0.5% for two consecutive days. According to the city’s Rated Response Action Plan (GRAP), a night curfew has been imposed. Schools, colleges, cinema halls and gyms will be closed. All major political and religious gatherings in the city will also be banned, and restaurants will operate at 50 percent capacity until 10 p.m.

Puducherry: A curfew has been imposed in the centrally administered area of ​​Puducherry from 11 pm to 5 am till January 31, 2022. Rest will be given on the occasion of Vikantha Ekadashi.

Karnataka: The state has a 10-day night curfew (from 10pm to 5am) until January 7. Under one order, pubs, restaurants, hotels, etc. will not have New Year’s celebrations. The government has also banned any party from holding outdoor activities.

Maharashtra: In Maharashtra, no more than five people are allowed to gather in public places between 9pm and 6am.

Goa: Goa, popular among tourists, has no night curfew due to epidemics. However, participants in intra-state events must have a corona negative report or a complete immunization certificate.

Rajasthan: In Rajasthan, night curfew has been imposed between 11 pm and 5 am and maximum attendance at public functions has been kept at 200. In addition, the state government is prepared to restrict the movement of non-vaccinated people in public places by allowing only vaccinators.

Tamil Nadu: The state government has banned all gatherings on the beaches in the state and advised the people to stay indoors and celebrate responsibly. The state has also advised the public against mass gatherings in any public place.

The Omicron case in the country has surpassed 1900.

Omecron patients are growing rapidly in India, with the previous version of Corona rising again. Delhi and Maharashtra are among the states with the highest number of cases. This is called the third wave of Corona. Omicron’s latest situation in the country is that so far more than 1900 cases have been reported. The highest risk is in Delhi and Maharashtra. Governments will have to impose sanctions again. Restrictions such as lockdowns are being imposed in the affected states.

Tsunami of Corona patients in the world, WHO expressed concern.

The head of the World Health Organization (WHO), Tedros Azanom Gabrias, has expressed concern over the rise in COVID-19 cases worldwide. Ghebreyesus said he was concerned about the different types of corona virus, Omicron and Delta, which have caused a tsunami of new epidemics around the world. Compared to last week (December 20-26), the number of reported COVID-19 cases worldwide increased by 11%, according to WHO data. India is also witnessing an increase in the number of cases of Covid 19 daily. According to the Central Ministry of Health, 9,195 new CWID cases have been reported in the country in the last 24 hours, bringing the total number of active patients to 77,002.

Happy New Year: Here is the complete list of instructions.

Danger in these cities of the country

The health ministry said there was a sudden increase in corona cases in Ranchi in Jharkhand, Bangalore Urban in Karnataka, Gurgaon in Haryana, Chennai in Tamil Nadu, Mumbai in Maharashtra, Mumbai suburbs, Pune, Thane and Nagpur and Kolkata in West Bengal. Have come to see An increase has been recorded in the last two weeks. 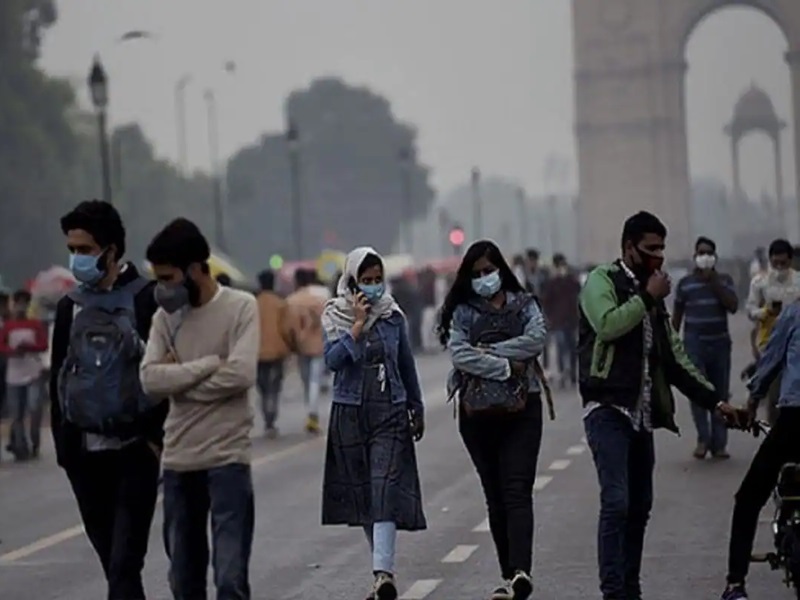 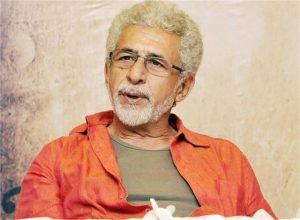 Next post Nasiruddin Shah’s anger in the Parliament of Religions