Kareena Kapoor Khan is one of Bollywood’s most adored and famous actresses. Kareena Kapoor is preparing for the release of Laal Singh Chaddha, which also stars Aamir Khan, Mona Singh, and Nagarjuna in the key roles. Advait Chandan is the film’s director, while Aamir Khan Productions is its producer. Recently, the actress from Veere Di Wedding discussed the culture of boycotts and cancellations.

Kareena said it irks her in an exclusive interview with Pinkvilla while promoting her forthcoming film Laal Singh Chaddha. “We are unhappy because this is excellent filmmaking, and we love to work in the film industry because we love it so much. We want them to watch the film. The 250 other team members are working on it and we have been making it together. All I want is for everyone to come and enjoy and appreciate fantastic movies. Films intended to bring happiness and love. It saddens me because it’s not supposed to be kind of canceled or spoken about in that way, “the actress remarked.

Meanwhile, Winston Groom’s 1986 novel of the same name served as the basis for the 1994 American film Forrest Gump, which in turn served as the inspiration for Kareena’s film Laal Singh Chaddha. She will then appear in Sujoy Ghosh’s next thriller, which will star Jaideep Ahlawat and Vijay Varma and debut on Netflix. A movie based on the book The Devotion Of Suspect X by Japanese author Keigo Higashino was released in 2016.

Kareena Kapoor Khan, a Bollywood diva, made some remarks that have only served to ruffle people’s feathers when Bollywood has turned into a target for trolls and boycott campaigns throughout social media. Before the premiere of the Aamir Khan-starring movie, the Laal Singh Chaddha actress received criticism for saying, “Don’t see our film.” She also faced criticism for labeling the 1994 movie Forrest Gump, starring Tom Hanks, a “classist picture.”

For those unaware, Bebo recently said that Forrest Gump is an “elitist type of classist picture,” hence the general public would not have watched it. She received savage internet trolling for her remark after a portion of her interview went viral. Others criticized the actress for making the statement without expertise, while some criticized her for “undermining the masses.”

Kareena has now responded to the criticism. The actress recently addressed the backlash following her statement and claimed that trolls are simply looking for more fodder to make fun of her. Every day, we receive trolling for one reason or another. Because of this, I don’t use Twitter. It seems intended for those who want to keep venting, and I don’t have time for that. With my kids, family, and job, I’m pretty busy.

As she explained, “I don’t have time for everything.” According to the actress, people who don’t speak English will watch the film for their love of the tale they’ve come to know from the trailer, not because it’s a remake of a Hollywood movie. There is nothing wrong with it being dubbed in Tamil and Telugu so that viewers may view it and appreciate it in their tongue. Everyone would not have seen Forrest Gump on the globe. 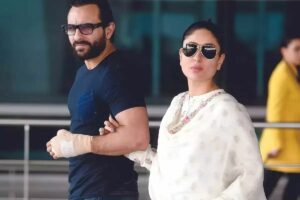 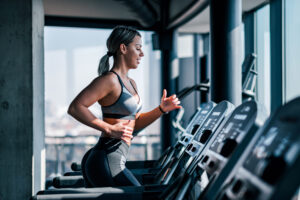 Next post Does Cardio Really Help in Weight Loss?