Irfan is fighting with his mind, fleeing from the thought of death

Irfan is not planning his day, he is not reading any script.

Irfan Khan is currently undergoing treatment for cancer in London. His new film ‘Caravan’ will be released on August 3. Speaking to an organization on the occasion, he spoke about his heart condition.

Regarding the disease, he said, ‘I am in the fourth stage of chemo, there will be a total of 6 stages. Then it will be scanned. Although the scan was positive after the third stage, now the scan has to be seen in 6 steps. Then we will know what happens.

Irfan Khan got a little emotional and said, ‘The mind always says that I have this disease and I can die in a few months or years. I completely ignore all these things and live the way life takes me. Life has given me so much. I ran for the blind.

They give the opinion ‘You stop thinking, don’t plan, stop making noise. This life gives a lot and there is a lot to give in it.

Irfan said that he is not reading any script of the film. They are not even planning their day.

We tell you that a while ago he wrote an emotional letter from there, which he shared on social media. In March, Irrfan Khan himself hinted at a serious illness on social media. He then revealed on Twitter that he had a neuro-endocrine tumor, for which he was going abroad for treatment. Irfan’s latest letter gives an idea of ​​his health. The letter summarizes the experience of this medical journey. Irfan spoke about his philosophy of life through this letter. Irfan’s letter is attached to his tweet. The letter said that while the uncertainty was certain, Irfan’s words implied that he had gone through severe pain during treatment.

See also  Karnataka: The death of the bride on stage during the wedding, parents set an example by donating organs

Irfan said he was admitted to the hospital across the street, Lord’s Ground. You will remember a few days ago a picture went viral on social media, where Irfan Khan is watching the match with a scarf on his head. Reading the letter, it is not difficult to understand that Irfan has compromised with the situation, but has not lost his fighting spirit. Irfan writes in one place, after knowing this truth, I gave up my weapon with confidence without thinking of the consequences. I don’t know where life will take you after 8 months or 4 months or 2 years. I don’t care about anything else.

Anxiety receded and then began to dissolve and then the account of survival and death came out of my mind. https://t.co/Nge3pCmPfo

Please be informed that Irfan’s film ‘Blackmail’ was released after the disease was reported. This time he will be seen in the caravan. Irfan took to Twitter on the evening of May 16 to congratulate co-stars Dulquer Salman and Mithila Palkar for the caravan. Irfan writes with this- “In the beginning there is its own innocence, which cannot be bought with experience. I wish Dulquer Salman and Mithila Palkar to join the caravan … two caravans … me and the film. “

In the beginning there is innocence that experience cannot buy. My best wishes dulQuer , @ Mipalkar To join the caravan. ‘Two caravans’ …. me and the movie !! MrAkvarious RSVPMovies @ Roniscrewpic.twitter.com/QoKe6npkMQ

The release date of the caravan has already been postponed. The film will now be released in theaters on August 3.

See also  "I'm not a virgin either," said Neha Pendse, who has been a part of Bigg Boss. 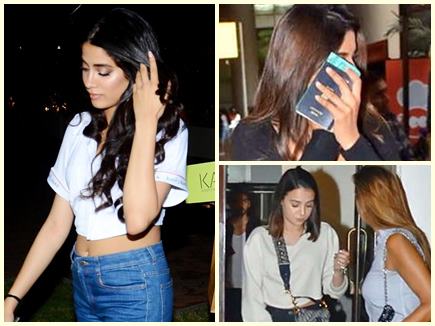 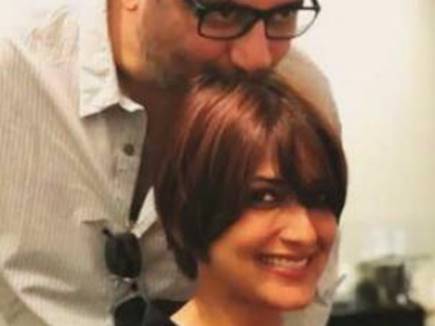 Next post Fighting with cancer, Sonali’s husband shared this information