IRCTC Himachal Tour Package: Celebrate a memorable holiday in the beautiful valleys of Himachal, find out the details of the package.

IRCTC Himachal Tour Package: Himachal Pradesh is a beautiful state located in the northern part of India. Himachal Pradesh, surrounded by the western Himalayas, is called the ‘province of snow-capped mountains’. The state attracts travelers from all over the world due to its many tourist destinations, including Shimla, Manali, Kasul, Dalhousie and many more. People like to visit this place during summer vacations in the midst of rising temperatures. The Indian Railway Catering and Tourism Corporation (IRCTC) has come up with a holiday package called ‘A Blissful Holiday in Himachal with Chandigarh’ to make travel more affordable and memorable. Know what will happen in the tour. 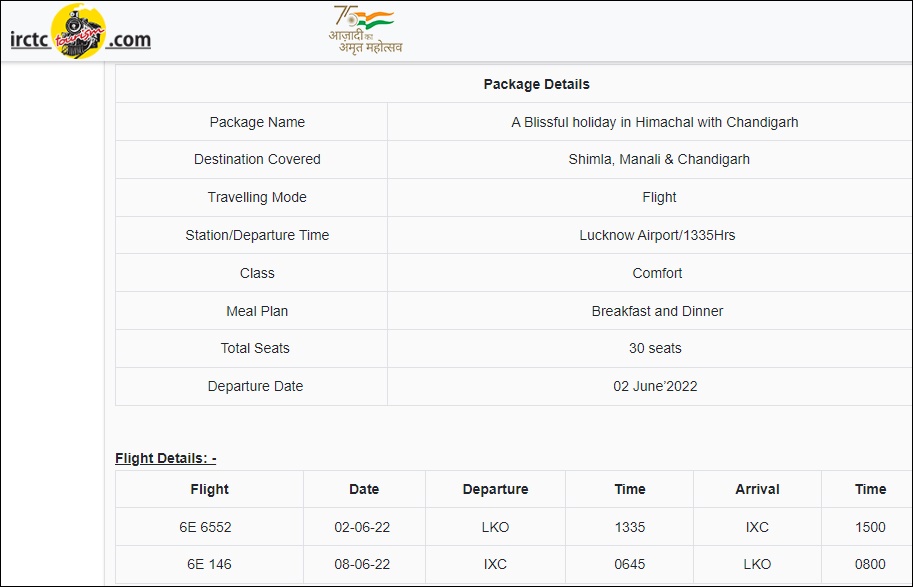 Day 1. The journey will start from Lucknow Airport, from where you will reach Chandigarh. After reaching Chandigarh, tourists will be taken to Shimla. After a long day trip, check into the hotel for an overnight stay in Shimla.

Day 2 After breakfast, tourists will visit Shimla’s Mosques, Vicerail Lodge, Christchurch Building, Getty Theater, Grindledge Bank, Scandal Point and the famous Shopping Plaza. Enjoy the evening by visiting nearby areas like Mall Road. Get a good night’s sleep at a hotel in Shimla after a long day.

Day 3. Tourists will be taken to Manali after breakfast. They will stop on the way to see the beauty of Kolo Valley and Vishnu Devi Temple. After day check in at a hotel in Manali and spend the night.

Day 4. After breakfast, visitors will be taken to Solang Valley and Rohtang Pass. Standing at Snow Point, tourists can enjoy the best views of the snow-capped mountains. Later, they will be taken back to the hotel in Manali, where a delicious dinner will be served.

Day 5. After breakfast, depart for Manali tour which includes Hadamba Temple, Manu Temple, Vashisht Sanan, Van Vihar, Tibetan. Shopping at the local market on the monastery, clubhouse and mall road. After a long day of sightseeing, come back to the hotel for dinner.

Day 6 After breakfast, tourists will be taken to Chandigarh. Upon their arrival, they will be taken to Rock Garden and Lake Sukhna. Check into a hotel at the end of the day trip and get some rest.

Day 7 After breakfast, tourists will be dropped off at Chandigarh Airport. From there they will depart for their respective destinations with sweet memories.

How to travel: Airplane, railway station

Learn about these places.

Shimla: Shimla is famous for its Victorian architecture, which can be seen in a specific section of ridge and mall. Shimla is also known as an ideal place for honeymoon. It is surrounded by green hills with snow-capped peaks. With its colonial-era structures and its magnificent natural bounty, the city retains its colonial heritage with old buildings, such as the prestigious Viceragel Lodge, the charming Iron Lampposts and the Anglo-Saxon name.

Village Manali: Manali is famous for being the honeymoon capital of India. It is located between the snow-capped slopes of the Pir Panjal and Dholdhar ranges and offers spectacular views of lush forests, lush green meadows and flowing blue rivers. Klu Valley is a vast open valley formed by the Beas River between Manali and Larji. The valley is famous for its temples and hills covered with pine and cedar forests and vast apple orchards.

From the Victorian architecture of Shimla with the snow-capped peaks to the natural beauty of Klu Manali and the lush green forest. IRCTC air tour package for 7D / 6N starts at ₹ 32200 / – pp *. For bookings and details, see https://t.co/zDIWbS2xv1AmritMahotsav 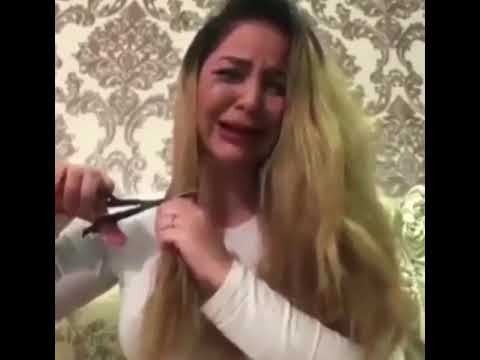 Next post The girl cut her hair in the parlor with 40000, looked in the mirror and cried …