Here is the Infinix InBook X1 Slim. With the introduction of the Infinix InBook X1 Slim laptop, Infinix has increased its selection of laptops. The laptop has three different CPU options and an FHD display. It is 1.24 kg in weight and has an aluminum alloy finish design. It is light enough to be carried about by office employees and students daily. A proper 65W USB Type-C charger, which is relatively tiny, is included in the package.

The 14-inch FHD display of the Infinix InBook X1 Slim has a resolution of 1920×1080 pixels. The laptop is available in various configurations, as was already indicated. Customers can choose 10th generation Intel Core i3, Core i5, and Core i7 CPUs.

The computer has up to 512GB of SSD storage and 16GB of RAM. Windows 11 Home is the operating system for the Infinix InBook X1 Slim. A dual starlight and HD webcam are included with the laptop. According to the manufacturer, the dual starlight camera function will improve visibility during video chats and zoom meetings in low light. Several connectivity choices are available on the Infinix InBook X1 Slim, including WiFi, Bluetooth, USB-C, USB 3.0, HDMI ports, and an SD card slot. The gadget has a 50Wh battery and supports 65W rapid charging.

The Infinix InBook X1 Slim has a starting price of Rs. 29,990, although there are discounts available through some banks and credit cards. There are five variations, so you may select the CPU, RAM, and storage configuration that is most effective for you. A 10th Gen Core i3 CPU, 8GB of RAM, and 256GB of storage are included in the base pricing. A 512GB SSD can be upgraded for just Rs. 3,000 more. The version I’m examining costs 39,990 rupees in India and contains a Core i5 processor, 8GB of RAM, and 512GB SSD. The price increases to Rs. 44,990 when the RAM is doubled to 16GB. The most expensive model costs Rs. 49,990 and features a Core i7 CPU, 16GB of RAM, and a 512GB SSD. This laptop comes in four colors: the neutral Starfall Grey, the more dramatic Noble Red, Cosmic Blue, and Aurora Green, as well as the more subdued Aurora Green.

Design of the Infinix InBook X1

Despite being a simple budget laptop, Infinix was able to add some style to it. The bottom and lid are both composed of aluminum. The lid’s upper third has a sparkly brushed texture, similar to the InBook X1, but the remainder has a sandblasted and matte appearance. To one side, there is a tiny, understated Infinix branding.

The interior of my blue unit is quite dark and wasn’t at all disturbing to work in. Although the screen’s frame and the lower part are primarily plastic, nothing feels cheap. The screen doesn’t distort even when the lid is purposefully flexed, and the hinge is generally reliable. The trackpad is somewhat plasticky, and the mechanism is stiff and noisy, but the keyboard flex is relatively minor. Don’t anticipate a sleek, contemporary style with ultra-thin borders for a laptop at this budget, but you won’t have any severe build quality issues. 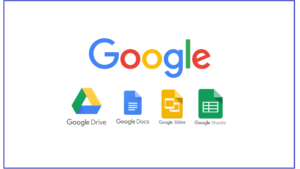 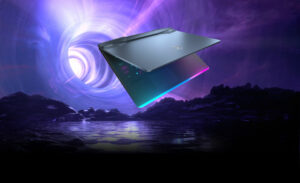