There have been several issues surrounding Aamir Khan‘s much anticipated “Laal Singh Chaddha” since the film’s teaser was unveiled. As a result of the movie, people became aware of Aamir Khan’s previous controversial remarks and his few anti-Indian actions during the filming process. Several days before the movie’s release, angry internet users intervened and demanded people not to watch it.

Aamir Khan’s fame alone compelled him to implore audiences to watch “Laal Singh Chaddha.” But his excuses also fell flat. Because it failed to reach the 50-crore threshold after four days of release, the film ended up being one of his worst failures.

Why are people so enraged with Laal Singh Chaddha?

We discuss the internet community’s outrage over the upcoming film. The film is being denounced and boycotted, but why? There are a lot of reasons behind that. Social media users resurfaced the actor’s divisive remarks a few years ago. Due to a previous comment she made, his co-star Kareena Kapoor Khan also sparked controversy.

Aamir faced backlash in 2015 for derogating India’s “increasing intolerance.” “Our country is quite acceptable, but some sow ill-will.” Kiran Rao, his ex-wife and a filmmaker, also received criticism since she said she would consider leaving the country to protect their kids.

Another problem with the star-studded cast is that Kareena Kapoor, who exudes arrogance, is a part of it. On India’s Independence Day, the Bollywood actor met Emine Erdogan, the wife of Turkish President Recep Tayyip Erdogan. He was in Turkey to complete the filming of his movie “Lal Singh Chaddha.” Indians from all sides were angry over it. This occurred when Turkey was becoming a more radical and Islamist nation and was meddling more and more in the domestic affairs of India.

Laal Singh Chadha is going to be very political.

Aamir Khan‘s Forrest Gump would be a failure even if Forrest Gump had solid conservative views. He could have easily chosen a character based on his faith or any other minority population, but it would have quickly led to his head being put on the spike. He ultimately chose a Sardar.

Aamir Khan will portray the Indian army in the same negative light as Forrest Gump did for the US army. You can’t expect Aamir Khan to comprehend the distinctions between the two armies, can you?

With his personality, Aamir Khan will similarly depict the India-Pakistan War as the US-Vietnam War. There is no comparison between the India-Pakistan War and the most stupid war ever fought, the US-Vietnam War. In other words, many will criticize the movie because it is highly poli.tical. However, it appears the movie was a flop before it was released based on these Twitter boycott patterns.

The destiny of the movie “Laal Singh Chaddha” has always been in limbo since movie fans have previously predicted that it won’t do well financially. It appears that earlier comments made by Aamir Khan and Kareena Kapoor contributed to the hashtag #boycottlaalsinghchaddha gaining traction on social media.

The encounter between Aamir Khan and Turkey’s First Lady Erdogan stoked the flames that precipitated a fierce backlash against him. The movie “Laal Singh Chaddha” screenplay gained attention for all the wrong reasons as the star cast was already drawing criticism. 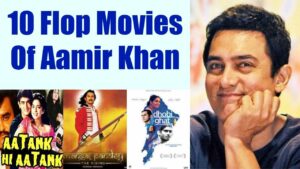 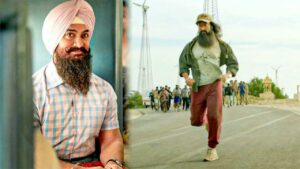