Now all the responsibility is on the family. This movie can only be directed by the family because of its content.

Amitabh Bachchan and Rishi Kapoor’s new film ‘102 Not Out’ was expected to earn Rs 3 to 4 crore on the first day, so it happened. The film got an opening of Rs 3.52 crore.

Now all the responsibility is on the family. This movie can only be directed by the family because of its content. For viewing on the first day, the initial show is less crowded but the crowd grows by evening and the night show is good.

It is certain that the race will be long. It is a film that earns less on the first day and runs more on the basis of praise.

Umesh Shukla has made a great picture. It seems impossible not to be emotional. The family is going to love this entertainment. The crowd will grow over time. Saturdays and Sundays can fill the show. This should also be met because the picture is really good. There is a different story that teaches a lot.

The big problem is ‘Avengers Infinity War’. The film is grossing Rs 150 crore in a single week.

Amitabh’s films often get an opening of three to four crore rupees. After this debut, it will be able to get a weekend of 12 to 14 crores, which would not be bad for this low budget picture.

See also  Sona Mohapatra then targeted MeToo accused Anu Malik, who did not leave the company

Rishi Kapoor and Amitabh together have promoted it completely differently. Many videos of the two have come up on social media. Incidentally, after a long time, the Amitabh-Rishi duo returned to the big screen. He is returning to the big screen after 28 years.

In this film, Amitabh has appeared in his full color. He is seen harassing Rishi Kapoor all the time. National award winner Umesh Shukla, who has made films like ‘Oh My God’, ‘102 Not Out’, tells the story of an elderly father and son, where Amitabh plays the role of a father and the role of a sage’s son.

Based on the drama of Soumya Joshi, this film not only defines all kinds of emotions, it is also a funny story. Rishi Kapoor, who played a 75-year-old boy in the film, is happy to share the screen with Amitabh again. Earlier, in ‘Kapur & Sons’, Rishi played the role of a 90-year-old man, Big B has been playing the role of an old man on screen for years, but this time his age graph has increased. The screen. In recent years, Amitabh has aged in films like ‘Piku’, ‘Shamitav’ and ‘Tin’. 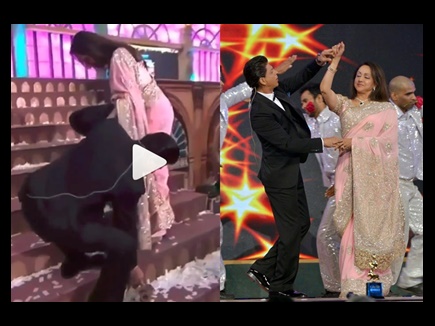