Before watching ‘Sanju’, find out some special things related to it

If you know these things before going to see ‘Sanju’, it will be fun to watch the film in a different way.

Prince Hirani’s ‘Sanju’ is a different kind of biopic. The story of the film is based on the life of a Bollywood star who has seen the ups and downs of life, in the tagline attached to the title of the film – a man… many lives. If you know these things before going to see ‘Sanju’, it will be fun to watch the film in a different way.

No matter how many ups and downs there are in Sanjay’s life, most of the information about him is already known. Mother Nargis, with whom Sanjay was deeply attached, died 3 days before the release of her first film. Sanjay’s name is coming up in the Mumbai blast case. His going to jail. Their love story etc. Then what would Hirani show in the film, which will surprise the audience. It is hoped that the camera will be introduced in Sanju too, those chapters of Sanjay’s life, about which people know little or no knowledge at all. This expectation makes Sanjay’s biopic wait come true.

Ranbir Kapoor is an extraordinary actor. Prithviraj Kapoor’s fourth generation artist Ranbir has created a niche for himself. Some parts of Dada Raj Kapoor or Baba Rishi Kapoor are not seen in his acting style. From choosing movies to expressing emotions on screen, Ranbir is nowhere to be seen imitating his ancestors.

See also  New PF rules: PF account will also be taxed from April 1, find out what effect it will have on your pocket

I hope you enjoy watching this episode of Munna Bhai MBBS as much as I was able to recreate it after 15 years. https://t.co/NNLsL4sorN# Sanju # Ranbir Kapoor Foxstar Hindi VVCFilms #RajkumarHiraniFilms

In this case, seeing him on screen will be a different experience in the life of a senior artist who is completely different from the mood. The trailer shows how much Ranbir has worked hard to cast himself in the role of Sanjay or how much he has adopted his gestures, body language, conversation style. This effort of Ranbir has created curiosity about Sanju. Viewers can go to the theater to see a new dimension of Ranbir’s performance. As soon as Sanju’s teaser came out, Shatrughan Sinha first praised Ranbir, who called it a super hit.

I have seen the teaser of Sanjay Dutt’s biographical film starring Ranbir Kapoor, the worthy son of Rishi Kapoor and grandson of Raj Kapoor. Ranbir your observational feelings, the study of the character Sanjay Dutt, the son of the late and great friend, the equal superiority of man

…. Great presentation, great and well researched performance will make this film a success. We hope, wish and pray that our friend and brilliant director Raj Kumar Hirani, who has played the role of Sanju with filmmaker Ranbir Kapoor, will present a super hit …

Prince Hirani is considered one of the most capable and capable directors of the present generation. The combination of professionalism and art can be seen in his films. The way he puts humor into the story also adds to the amount of entertainment. Whether it is ‘Munnabhai MBBS’ depicting the conflict between governance and humanity, or the ‘Three Idiots’ showing the complexity of educational understanding, or the PK hitting religious prejudices, Hirani can easily have a big talk with his writer elite Joshi. It has been said that in the light of these pictures, it is normal to be curious about Sanju.

See also  Compulsory closure of passenger corona check in Assam from February 15, find out which states got what exemption

The first biopic of a Hindi movie star

There is no personality in Hindi cinema whose life is a story in itself. The story of Sanjay’s own mother Nargis Dutt is such that Hindi film has all the spice. The lives of legendary actors like Kishore Kumar, Guru Dutt and Raj Kapoor inspire biopics, but it was never a coincidence that their stories could reach the screens of Hindi cinema. Now the biopic of writer Sadat Hasan Manto is definitely coming, but the movie is only a part of Manto’s life. Sanjay Dutt has become the first person in Hindi cinema whose biopic is reaching the audience. That is why there is a question that Sanjay’s biopic was made to wash away his stains, which Hirani strongly denies and repeatedly says that the film was made with complete honesty. 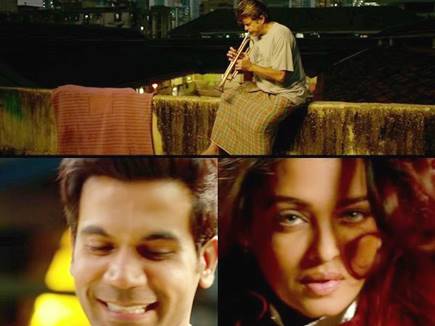 Previous post Video: The meaning of the name of the picture is hidden in the teaser of ‘Fanny Khan’ 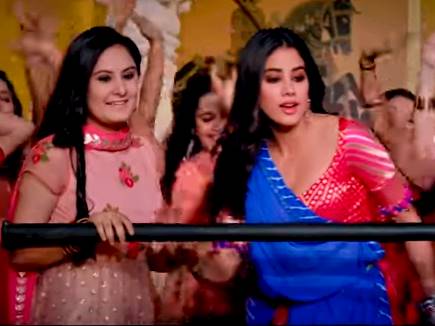