Assam floods: Assam is flooded. Many areas have been affected by heavy rains, floods and landslides. Road and rail links were cut off in some parts of neighboring states, including Barak Valley and Dima Hasao district, on Tuesday. Roads and railways have been washed away in different parts of Assam and Meghalaya. The floods affected about 200,000 people in 20 districts. At the same time 11 people died. The water level of the river is also rising here. Four people were killed in Arunachal Pradesh on Monday, officials told the AP news agency. Two people were killed when a house collapsed on a small hill in Ita Nagar. Elsewhere, landslides killed at least two people.

Large-scale landslides and waterlogging have caused severe damage to railways, bridges and roads in the hilly areas of the state. As a result, people in Assam, Arunachal Pradesh and many parts of Meghalaya are in trouble. About 200,000 people in the districts of Assam are isolated from the rest of the state. Communication has been cut off in these areas. Home Minister Amit Shah has discussed the flood situation with the Assam Chief Minister and assured all possible assistance.

# See. Assam: Flood-like situation has been created in Hojai district, people are seen fetching water from their homes. pic.twitter.com/vMVN2WPTG8

#Asam floods HS has postponed its first year examinations till further notice by the Assam Higher Secondary Education Council in view of the damage caused by natural calamities in the state.

All examinations in Dima Hasao district have been postponed till further notice. pic.twitter.com/7yPMXskX7E

The floods have affected 611 villages in the state. 1277 houses were completely destroyed and 5262 were partially damaged. Many people have been forced to flee their homes due to the floods. They have taken refuge in schools and high places. The Meteorological Department has forecast heavy rains for the next three days. A red alert was also issued in Assam on Wednesday. HS has postponed its first year examinations till further notice by the Assam Higher Secondary Education Council in view of the damage caused by natural calamities here. All examinations in Dima Hasao district have been postponed till further notice. 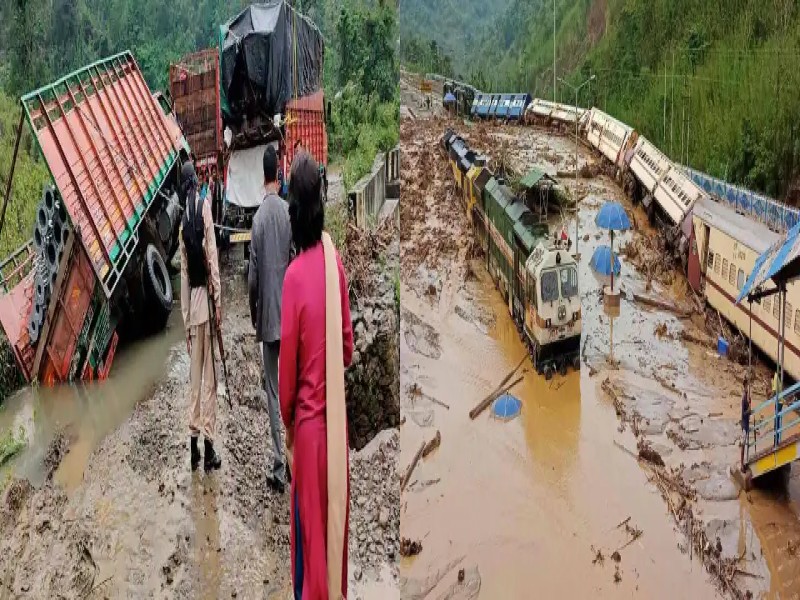