Aamir Khan and Kareena Kapoor Khan are ready to delight us with Laal Singh Chaddha after a ten-year absence. The pair, earlier seen together in 3 Idiots, are presently promoting Advait Chandan’s film. Now, Kareena recently stated in an interview with News18 that Laal Singh Chadha “is an elite type of classist film,” which did not sit well with certain Internet users. Since Tom Hanks’ Forrest Gump is an American movie and the bulk of the Indian audience hasn’t seen the original yet, Kareena said things started after she said that.

Actress Kareena Kapoor Khan, who earlier advocated against those who aren’t interested in movies going to the movies, has since changed her mind and is pleading with people to go to her most recent movie, Laal Singh Chaddha. They shouldn’t boycott this movie because it’s so lovely, Kareena Kapoor said in a recent interview with RJ Siddharth Kannan.

“I think it’s only a small group of people who troll,” Kareena replied. In response to RJ Siddharth Kannan’s question about whether her previous comment was disrespectful to the audience or offensive to the general public, she replied, “If you don’t like it, don’t watch it.” However, I believe the picture receives an entirely different kind of affection. These are only some 1% of individuals presumably using your social network.

She said, “But the reality is that they shouldn’t boycott this picture; it’s such a great film. I urge people not to do this. Moreover, I desire for people to see Aamir and me on screen. This has been a long wait – three years, to be exact. So, please stop boycotting this movie since doing so is equivalent to boycotting quality cinema. And 250 people worked on the movie for two and a half years, putting in much effort.

It is noteworthy that Kareena Kapoor made these comments after the completely terrible start of her most recent film Laal Singh Chaddha and several demands to boycott the picture. Individuals on social media have criticized Kareena Kapoor Khan for her U-turn after she said in 2020 that people who don’t want to watch movies shouldn’t because no one is persuading them to do so. Amit Kumar, a Twitter user, tweeted video snippets of both of her comments.

It is important to note that during the nepotism discussion in 2020, Kareena Kapoor said that people make the stars and that nobody forces people to attend the movies. “The audience has formed us; no one else has made us,” she continued. Right, they who are blaming are the same ones who manufactured these nepotistic celebrities. The movie Aap Jaa Rahe Ho Na Dekhne? Jao Mat. No one has compelled you. I don’t know why, so. This entire conversation seems utterly bizarre to me.

Aamir Khan’s movie “Laal Singh Chaddha” has been controversial because of his previous controversial remarks. The movie’s opening weekend box office was abysmal, and boycott calls appeared counterproductive. Aamir Khan stated that he was sorry if he had upset anyone amid demands for a boycott of the movie, but no one appears to be buying the victim narrative that the stars are currently pushing. 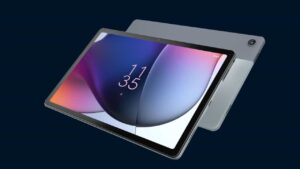