Laal Singh Chaddha, starring Aamir Khan and Kareena Kapoor, had a weak box office debut. Only Rs 11 crore has been made from it domestically. Fans were dismayed by the movie’s opening day numbers when it premiered to mixed reviews. A particular group of individuals advocated for a boycott of Laal Singh Chadda before the movie opened in theaters. Has the online trend changed the movie’s BO performance? Experts provide their opinions.

Rathi said several of Aamir’s movies, including Dangal, Dhoom 3, and Thugs of Hindostan, were made to have intense opening weekends at the box office.

However, movies like this and Secret Superstar are inherently made to spread by word of mouth, start strong, and then get better and better.

On Thursday, Congressman Digvijaya Singh questioned the practice of “boycotting” Lal Singh Chadha, the Aamir Khan film set for release that day. Digvijaya Singh claimed that the present administration is “undemocratic, autocratic, and dictatorial” and claimed that the party’s troll army operates like a machine. “Let the audience pick which movie they prefer after seeing both. watch the movies Raksha Bandhan and LSC, “the leader of Congress tweeted. Today sees the release of the Akshay Kumar-starring film Raksha Bandhan, which will compete at the box office with the Forrest Gump adaptation starring Aamir Khan.

On social media, there has been a campaign to boycott the movie for weeks. The request for a boycott has been justified by the actor’s prior comments about India, tolerance, and his previous film PK. Aamir Khan apologized and said he was sorry if he had ever offended anyone on Wednesday. “I’m sorry if I’ve wounded someone, however, accidentally. I wish to avoid hurting anyone. I would respect someone’s decision not to watch the movie, the actor remarked. 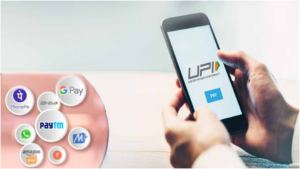 On paper, the week of August 15, which included two back-to-back long weekends, was the best time to release a...