Akshay Kumar’s latest release set foot on Monday and has done quite well in the pocket.

‘2.0’ starring Rajinikanth and Akshay Kumar has grossed over Rs 100 crore. Monday was a tough day for this photo but it passed the test quite easily. On Monday, it earned Rs 13.75 crore. Earning so many working days is a good sign. Hopefully the film will last a long time. As a result, its total income has been 111 crore.

The film was released on Thursday. In the Hindi area, it earned Rs 19.50 crore on its first day. We tell you that it was not a holiday and bookings for this dubbed photo started too late. This number was expected to increase further over the weekend. That’s what happened. Friday’s revenue stood at Rs 17.50 crore. On Saturday, it received Rs 24 crore. Sunday was amazing and it got Rs 34 crore. It paid Rs 95 crore over a four-day long weekend.

We tell you that this film is the most expensive film in India. It has cost 500 crore rupees. In this case, the producers are trying to get the maximum money before the release. He has also managed to create an environment for the film, especially in the last 10 days it has been very much discussed.

It was released by AA Films and has received over 4000 screens. It is also installed on 17 IMAX 3D screens. It has at least 21000 shows in Hindi belt. No picture of Akshay Kumar has been released on such a large scale. If the first day’s income in the Hindi region alone was Rs 30 crore, it could have been a record for Akshay.

See also  Lunch box actress Nimrat Kaur got emotional when she saw Irfan Khan's mural on the wall outside a house in the village.

About Tk 360 crore has been recovered so far by selling all the rights. It has not yet been fully recovered, but the full cost is expected to come out of the theaters within seven days. We tell you that it is getting more screens in Hindi area than ‘Bahubali 2’.

370 crore has been recovered in this way before the release

It has received Rs 120 crore from satellite rights of all versions.

– Received Rs 60 crore from digital rights of all editions.

About Rs 60 crore has been received in advance from the rights of the North Belt.

Rights have been sold to Karnataka for Rs 25 crore.

Rs 15 crore was received from Kerala in exchange for rights.

Thus the recovery figure stands at Rs 370 crore. The sensor has passed it with ‘U / A’ certificate. It is two and a half hours long. It has been released in Tamil, Telugu and Hindi. This is the first Indian film to be shot entirely in 3D format.

The trailer of the much awaited movie ‘2.0’ has been launched on November 3. Watching this trailer is an experience in itself. Launching it at the grand event, the producers claimed that the film was a milestone in the history of Indian cinema in terms of technology. This is the first film in India where 4D sound technology has been used.

This sequel to the robot / anthiran directed by Shankar has been under discussion for the last two years. The international standard VFX used in the film alone cost about $ 75 million. After its release in Tamil and Hindi, the film will be dubbed in ten languages. Hindi 2.0 has been released by the company of Karan Johar and Anil Thadani (husband of Ravina Tandon). 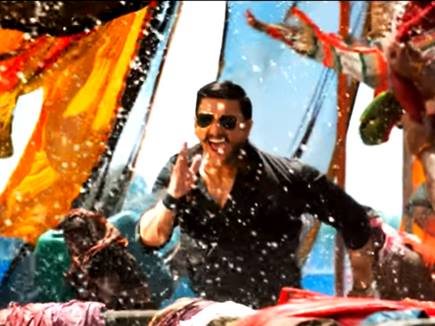 Previous post Simba Trailer: There is also ‘Singham’ in ‘Simba’ trailer, so much difference between the two 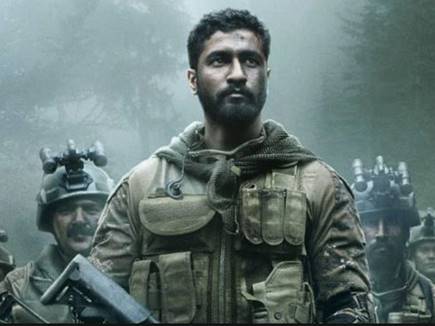 Next post Uri Movie Trailer: One Dialog after another in the story of Surgical Strike